Courtesy of the Drug Enforcement Administration 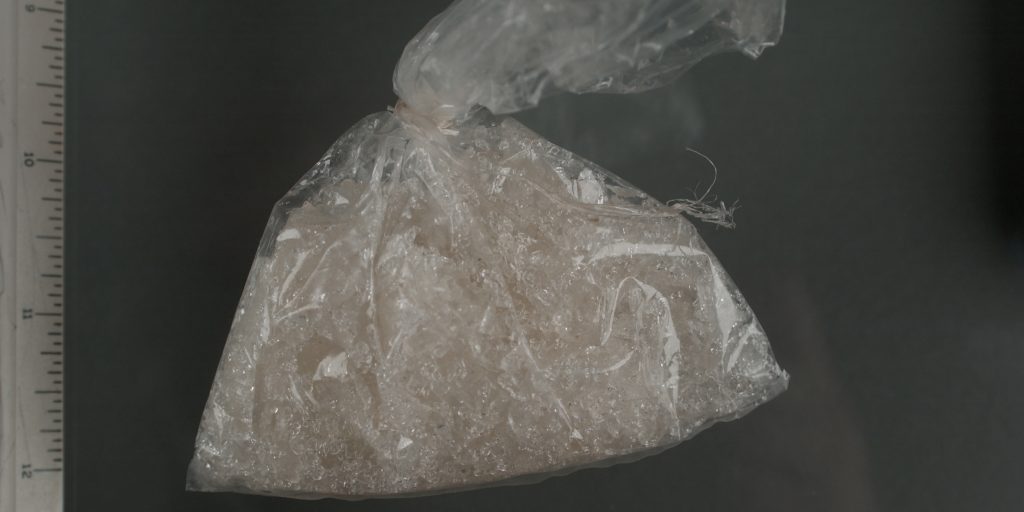 Efforts will focus on Atlanta, Dallas, El Paso, Houston, Los Angeles, New Orleans and Saint Louis, according to administration materials. The DEA believes these cities are where the majority of the country’s meth is trafficked in bulk, then distributed.

“For decades meth has been a leading cause of violence and addiction – a drug threat that has never gone away,” A DEA spokesperson said in a statement. “With a 22 percent increase in methamphetamine-related deaths, now is the time to act and DEA is leading the way with a surge of interdiction efforts and resources, targeting regional transportation hubs throughout the United States. By reducing the supply of meth we reduce the violence, addiction and death it spreads.”

It would appear Operation Crystal Shield’s work is already underway. According to the Clayton Times-Daily, the DEA raided a home in Forest Park, Ga., about nine miles south of Atlanta, recovering 1,300 pounds of the drug on Feb. 15.

“I’ve been in this business a long time. This is a huge seizure domestically in the entire United States that we do not see at one time in one location,” DEA Atlanta Special Agent in Charge Robert Murphy told the paper, emphasizing, “This is a staggering amount of methamphetamine.”