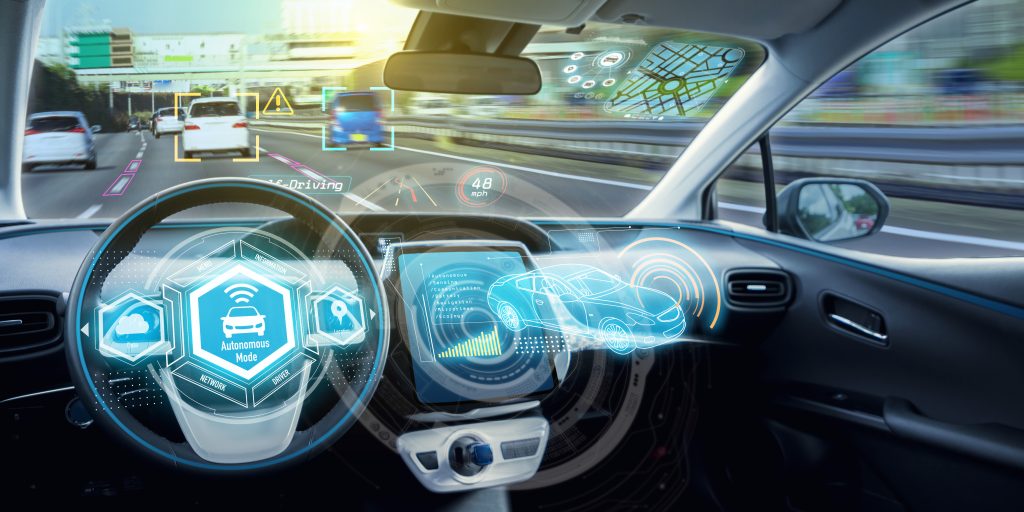 Testing the future of transportation

In states like Ohio, where local communities have relied for so long on legacy industries to generate jobs and prosperity, the fight to keep pace with the 21st century’s technology-driven economy is an increasingly difficult challenge. Game-changing advances in the digital era are creating entirely new industries, new ways to move people and products and importantly, new ways to test and refine those technologies for safety, endurance and energy efficiency.

For decision makers in every sector – government, industry, research, education – this is demanding fresh ways of thinking about the vehicles and the roadways they travel. Local governments need to be among the partners leading the charge. Fortunately, cities and counties of every size are beginning to take up that challenge. 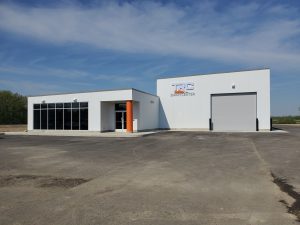 The Transportation Research Center (TRC) is North America’s largest, most advanced transportation proving ground and research organization. Here, advanced vehicle technologies are put to the test, and the future of transportation is evolving rapidly.

The work being done at the Transportation Research Center (TRC), North America’s largest, most advanced transportation proving ground and research organization, is evidence of these shifting priorities. Located in East Liberty, 35 miles northwest of Ohio’s state capital in Columbus, TRC’s 4,500-acre independent testing facility is a focal point for much of the research and innovation that is transforming transportation today.  Additionally, like other game-changing technologies, TRC is determined to be part of that change by constantly expanding and transforming to meet the needs of transportation science well into the future.

That expansion has meant more than growing physical capabilities and technological expertise – although that’s been a constant since its start in 1972. In recent years, TRC has also expanded important partnerships and collaborative efforts that enhance the impact of our research, including ties to local governments for whom traffic safety, congestion and efficiency are paramount concerns.

An early example of local government involvement in emerging transportation technologies begins in East Liberty and runs 35 miles east to Dublin, on the northwest side of Columbus. This is the U.S. Route 33 Smart Mobility Corridor. When completed, the corridor is destined to become the primary testbed for autonomous and connected technology in the Midwest.

Local governments, chief among them Union County and the cities of Marysville, Dublin and Columbus, have joined with state and federal transportation agencies, TRC, The Ohio State University and dozens of other public and private entities to make this breakthrough possible. 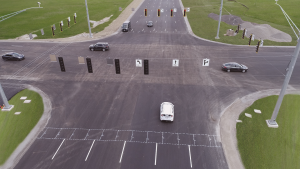 Thirty-five miles of limited-access highway are being equipped with a high-capacity fiber optic network and state-of-the-art sensors to instantaneously link researchers and traffic monitors with data from the roadway as well as wirelessly connected vehicles. This corridor and others being developed elsewhere in the state, including the Ohio Turnpike, are providing sites where new technologies can be safely tested in real-life traffic situations, with a variety of terrains, traffic conditions and weather.

Research conducted on the U.S. Route 33 Smart Mobility Corridor is a perfect complement to TRC’s newest step forward. This is the SMARTCenter, a name signifying Smart Mobility Research and Technology. Our new 540-acre complex is specifically designed to test automated driving systems – in passenger cars up to fully loaded tractor-trailers – that use autonomous and connected vehicles, smart highways, sensors and other innovations to make driving safer.

On a massive site that’s two-thirds the size of New York’s Central Park, the SMARTCenter provides high-speed straightaways and cityscape simulations, providing a variety of intersection types, roundabouts, access ramps and other navigational situations that a vehicle would encounter in everyday driving. By creating this environment for autonomous vehicle and smart highway research, the SMARTCenter allows transportation innovators opportunities to test their technologies in a safe, secure and repeatable in the real-world, all before these vehicles and components are rolled out onto public roads and highways.

Among the other comprehensive testing and research facilities on the TRC campus, we are home to the National Highway Traffic Safety Administration’s only Vehicle Research and Test Center. 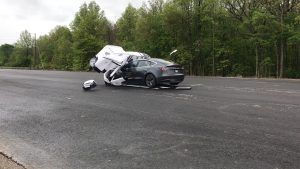 Through sophisticated testing methods, TRC is working to eliminate human error in transportation, which are far and away the leading cause of accidents and fatalities on our nation’s roadways.

However, the Smart Mobility Corridor and TRC SMARTCenter test site are just part of Ohio’s emerging leadership in autonomous and connected vehicle technology. There are other exciting developments throughout the state that have strong local-government involvement.

The city of Marysville, the Ohio Department of Transportation and Honda – a major employer in the region – are partnering to create one of the largest deployments of connected vehicles in the country. Onboard units are being installed in city and state fleets as well as the vehicles of local volunteers and Honda employees. Eventually as many as 1,500 vehicles – about 10 percent Marysville’s traffic volume – will be able to communicate with all 27 of the city’s smart and connected traffic signals, which will use the vehicle’s data to manage signal timing, detect pedestrians and prevent collisions.

As the awardee of $50 million in federal and private grants in 2016, Columbus launched its ambitious “Smart Columbus” plan, a regional initiative with strong support from numerous public and private partners, including Franklin County. Their goal: creating a first-of-its-kind smart transportation system to improve the quality of life in central Ohio through developing a smart mobility and a sustainable transportation system.

According to the Ohio Department of Transportation, a number of Ohio cities including Athens, Akron, Canton, Cincinnati, Cleveland, Dayton, Dublin and Toledo are actively discussing additional projects, often involving other county and suburban governments. Many of these communities are also being studied by state transportation officials for potential case studies of smart mobility’s impact on workforce mobility, healthcare and education access, as well as the access needs of underserved, elderly and disabled populations. This data will help guide deployment of autonomous shuttles, autonomous and connected vehicle testing programs, connected infrastructure and other smart mobility endeavors. 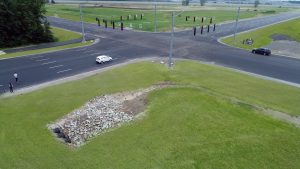 and throughout our state, developments and partnerships such as these are focused on one essential goal: making vehicles, highways and traffic management systems safer. Since the 1970s, when as many as 60,000 Americans died in traffic accidents each year, new safety features like seat belts and air bags have significantly reduced those rates – but of course not nearly enough.

By virtually eliminating the factor of human error and distraction, which are by far the leading causes of driving deaths today, automated driving systems will be the next giant step forward in traffic safety. Well-researched estimates say these technologies could save as many as 35,000 lives a year in this nation alone. TRC and its local government partners will be leaders in making that happen.

Brett Roubinek is the president and CEO of the Transportation Research Center, the largest independent vehicle test facility and proving grounds in the United States.