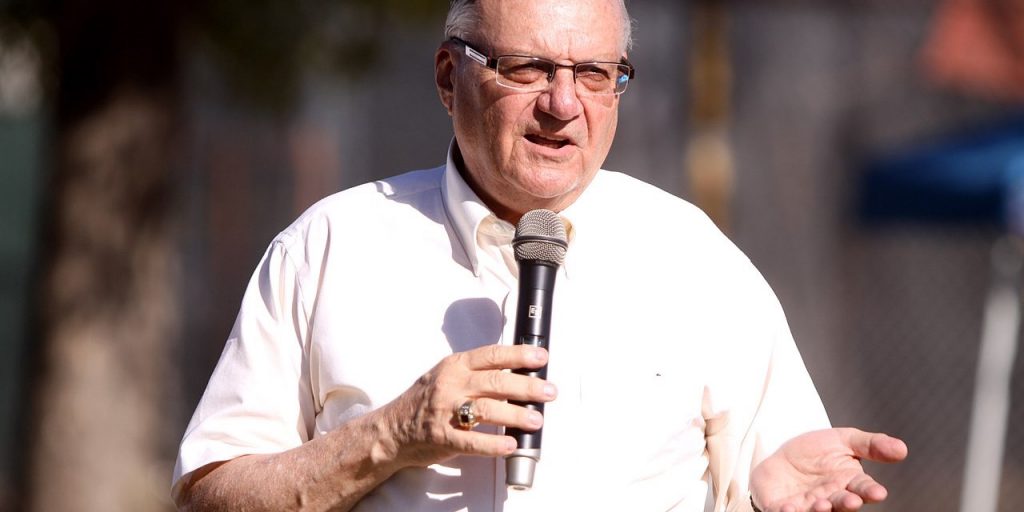 Former Maricopa County, Ariz., Sheriff Joe Arpaio, who received a pardon from President Donald Trump for a contempt of court charge, has announced his intention to run for Maricopa County sheriff once more.

Arpaio, 87, was sheriff for the county from 1993 until 2016, according to Reason.  While in office, Arpaio became notorious for large-scale sweeps of Latino neighborhoods and for conducting traffic stops of Latino drivers, both as bids to find illegal immigrants.

Arpaio became particularly infamous for his “tent city” jail, which held inmates wearing striped uniforms and staying in outdoor tents under the scorching desert heat, Reason reports. In 2008 and 2010, a federal judge ruled that Arpaio’s jails violated inmates’ constitutional rights to medical care, according to NBC.

“The last four years have proven to be a time of lost opportunities to continue the kind of tough policing this county needs,” Arpaio said in a news release, referring to Penzone’s first term as Maricopa County Sheriff.

“Once back in office, I will use my position to restore pride to our law enforcement ranks, not only here, in the fourth-largest county in America, but across the country,” Arpaio said in the release.