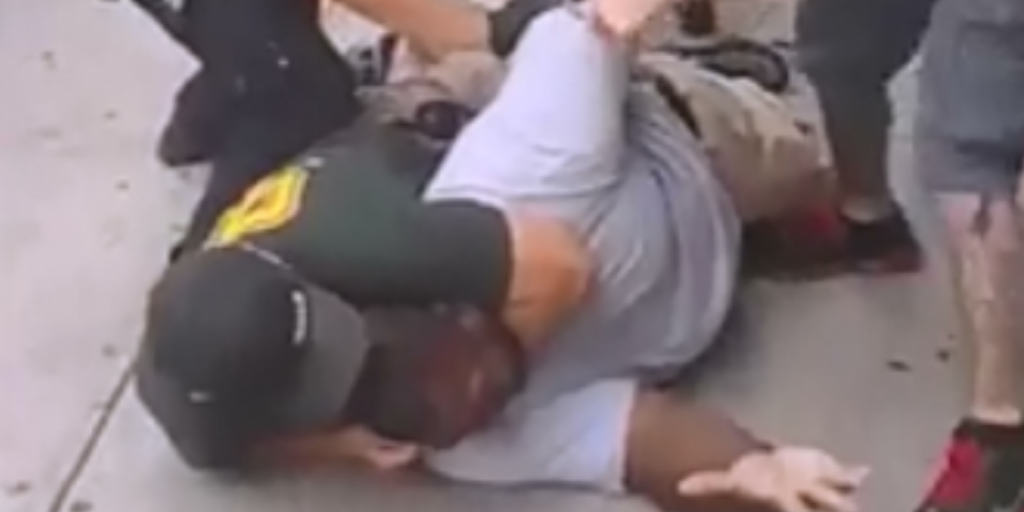 Daniel Pantaleo, the New York City police officer whose chokehold was at least partially to blame for the 2014 death of Eric Garner was fired today, putting an end to a five-year legal battle.

Just over two weeks ago, a police administrative judge found Pantaleo guilty of violating the department’s ban on the use of choke holds in subduing suspects, and recommended he be terminated, The New York Times reports. The department forbid choking suspects in 1993.

“The unintended consequence of Mr. Garner’s death must have a consequence of its own,” Police Commissioner James O’Neill said in a statement. “Therefore, I agree with the deputy commissioner of trial’s legal findings and recommendations. It is clear that Daniel Pantaleo can no longer effectively serve as a New York City police officer.”

Garner was confronted on July 17, 2014 in Staten Island by officers who suspected he was selling loose cigarettes, NPR reports. Video footage taken by a bystander shows Garner waving his hands in protest as Pantaleo and other officers approached. Pantaleo applies a choke hold to Garner and throws him to the ground. After several minutes of scuffling, Garner loses consciousness. He was later pronounced dead.

On the recording, Garner can be heard saying “I can’t breathe,” multiple times, which soon became a rallying cry for Black Lives Matter, a movement seeking to end police brutality in black communities, according to The Washington Post.

The medical examiner who performed Garner’s autopsy ruled it a homicide, according to a New York Times report from 2014. While Garner’s weight and poor health were contributing factors in his death, the examiner said they were not the primary causes.

The Police Benevolent Association, New York City’s largest police union, criticized O’Neill’s decision. “With this decision, Commissioner O’Neill has opened the door for politicians to dictate the outcome of every single NYPD disciplinary proceeding, without any regard for the facts of the case or police officers’ due process rights,” the association’s president, Patrick Lynch, said in a statement.

Garner’s daughter, however, felt the decision was just. In a news conference she said “You (O’Neill) finally made a decision that should have been made five years ago.” Erica Garner said, adding, “I don’t want another Eric Garner. I will do everything in my power to never see another Eric Garner.”