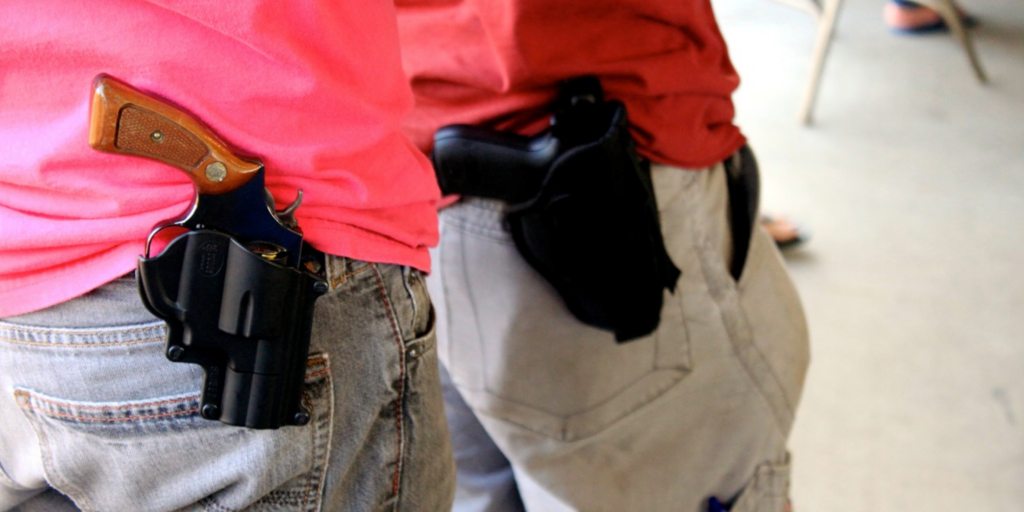 Richmond, Va., Mayor Levar Stoney wants to ban firearms on city-owned property in the wake of the recent shooting of a 9-year old in a city park, and the deaths of 12 city workers in nearby Virginia Beach, Va. However, the ordinance would only be enacted if the Virginia General Assembly agrees to takes action.

It’s currently legal to carry a gun on city property if you have a permit, and municipalities have limited legal authority to prevent it, according to the local NBC affiliate. Stoney is pressuring the general assembly to pass a bill granting cities greater authority to ban guns on their property.

“This is common sense, and it’s long overdue,” Stoney said at a press event, per the TV station. “I am sick and tired of spineless leadership out of the General Assembly. If they are not willing to (pass gun laws), then at least give local governments the authority to safeguard their communities. Simply put, move out of the way because localities like ours, are ready to act.”

Governor Ralph Northam has scheduled a special legislative session to address gun related topics on July 9 in response to the shooting in Virginia Beach, according to the Associated Press. Twelve people were killed when a city employ opened fired in a municipal facility.

Leaders in the Republican-controlled assembly have given little indication, however, that they intend to increase gun control, the AP reports. Instead, they have suggested stricter penalties for those who use guns to commit crimes.