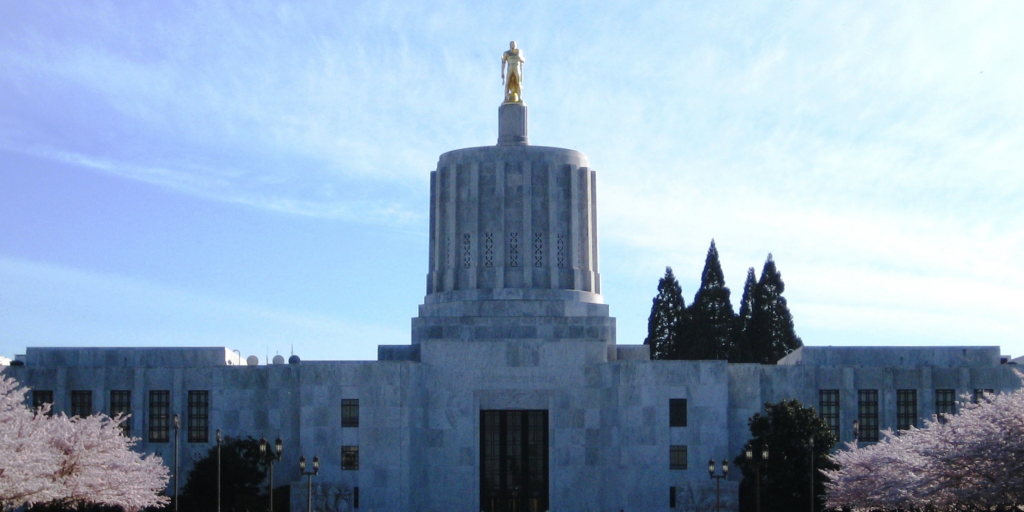 As tensions mount in Oregon, lawmakers close down capitol in response to militia threats

Fearing for the safety of lawmakers and citizens alike, Oregon officials shut down the state capitol on Saturday following alleged threats from right-wing militia groups.

The conflict started Thursday when 11 GOP senators went into hiding to block a vote on a measure that would significantly reduce the state’s greenhouse gas emissions by 2050, Business Insider reports. Democrats already have a majority in the chamber, but 20 members need to be president for a quorum.

Oregon Governor Kate Brown deployed state police to collect the Republicans, according to the Associated Press. Although the officers can force the senators into a patrol car and return them to the Capitol, the agency said in a statement they would use more “polite” tactics.

“Send bachelors and come heavily armed,” Sen. Brian Boquist said late Wednesday as the prospect of a walkout looked more likely, per the AP. “I’m not going to be a political prisoner in the state of Oregon. It’s just that simple.”

Brown, however, was unfazed by the threat. “It’s time for the Senate Republicans to show up and do the job they were elected to do,” she said at a news conference, the AP reports.

Then, the militia groups began vocalizing their support of the truant lawmakers. Oregon’s Three Percenters – who the Southern Poverty Law Center considers a far-right, anti-government paramilitary group – as well as other regional and national groups alleged threatened protest and violence credibly enough for state lawmakers to shut down the capitol on Saturday, cancelling two floor sessions, according to Business Insider. Capt. Timothy Fox of the Oregon State Police confirmed the threat.

“We have been monitoring information throughout the day that indicates the safety of legislators, staff, and citizen visitors could be compromised if certain threatened behaviors were realized,” Fox told Business Insider. “The [Oregon State Police] and partner agencies are planning accordingly.”

The standoff still persists, and tensions remain high according to The New York Times. The end of the legislative session is only a few days away; however, Brown has indicated she plan to call a special session if legislative priorities can’t come to a vote because the Republican lawmakers haven’t returned.