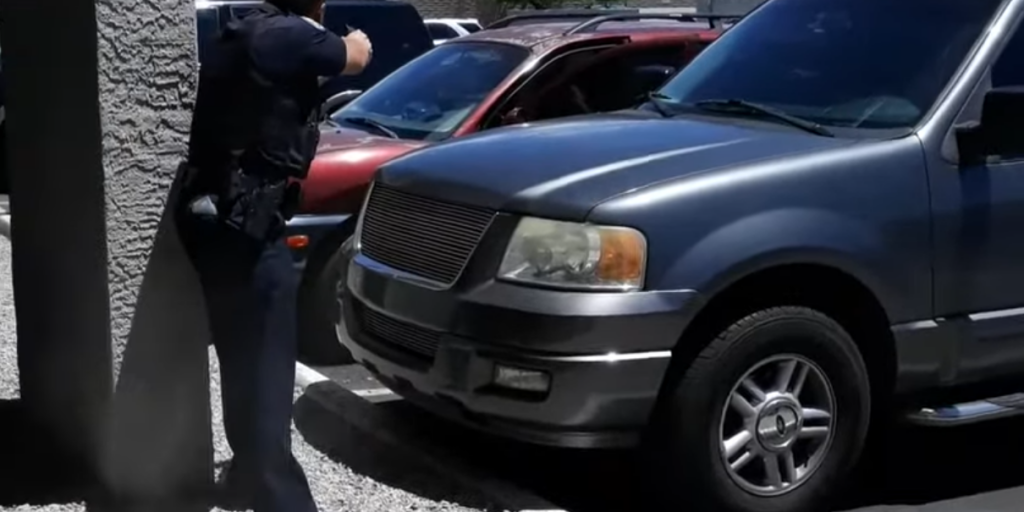 Phoenix Mayor Kat Gallego apologized to a family who police drew guns on after an alleged shoplifting incident at a local dollar store last month.

The family, Dravon Ames and Iesha Harper – who is pregnant, told news agencies said in late May they left the store and drove to an apartment complex to drop their daughter off at a babysitter. Before they could get out of the car, an officer began banging on the window and threatening to shoot them.

According to the fact sheet released by the Phoenix Police Department, the store manager called for assistance on May 27, around 11:00 a.m. to report a shoplifting. Once on the scene, the manager alerted the officers to a second shoplifting in progress, and the individuals from that incident were getting into their vehicle.

When officers approached, a woman – later identified as Ames’ aunt – dropped an item before getting into the car, which drove away. Soon after, the vehicle stopped, letting the woman out. The officers learned she had three misdemeanor warrants, and she was booked.

Officers then located the same vehicle in the nearby apartment complex, now containing Ames, Harper and their two children, which is where the controversy started.

The official report says officers gave loud verbal commands for Ames and Harper to exit the vehicle with their hands up. Ames, however, told CNN there were no sirens or lights to indicate they were being pulled over, and the officers did not identify themselves.

Several bystanders began recording the incident, which both Mayor Gallego and Police Chief Jeri Williams both found unacceptable. Williams referred to the incident as “disturbing,” in a video message, and Gallego said it made her “sick.”

One of those videos is below. It was posted by The Arizona Republic to their Youtube page. The extreme language used by both parties has been edited.

According to the police fact sheet, Ames admitted to shoplifting a pair of underwear, which he had thrown out the window. He was also driving on a suspended license. Harper said he had not been in the store, but her daughter went in with her aunt. She told police she saw her four-year-old daughter leave with a doll. The store manager declined to prosecute, so no one was arrested for shoplifting.

“It was completely inappropriate and clearly unprofessional. There is no situation in which this behavior is ever close to acceptable,” Gallego said in a statement. “As a mother myself, seeing these children placed in such a terrifying situation is beyond upsetting. I am deeply sorry for what this family went through, and I apologize to our community.”

The official investigation is ongoing, and the family has filed a notice of claim – the precursor to a lawsuit – against the city for $10 million, CNN reports. The department has not identified the officers involved but has confirmed at least one has been assigned to non-enforcement assignment.