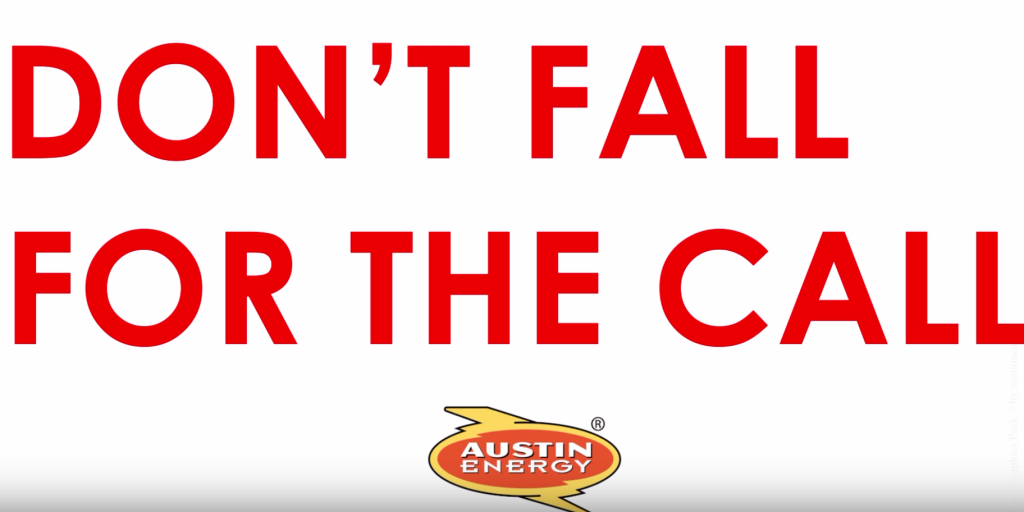 The City of Austin Utilities Department warned customers earlier this week to be aware of phony phone calls looking to scam residents.

On Tuesday, June 11, more than 100 commercial and residential customers called the utility’s customer service center to ask about calls they received from an individual claiming to be with the city or Austin Energy, Spectrum News reports. In some cases these calls were recordings, in others, they were from a person, but they all claimed that the customer owed money, and their utilities would be cut off if immediate payment wasn’t issued.

According to a press release issued by the utility, they do not call residential customers with cut off deadlines, although commercial customers may receive a courtesy call. Additionally, customers are never asked for banking information over the phone, and they will never ask for payment via in-person cash transfer, gift card or cryptocurrency.

The utility provided a guide in response to these calls which includes information on identifying a potential scam as well as what to do if you’re called. It even released a (rather humorous) video to help inform the public: https://www.youtube.com/watch?v=CmwpbJdUcSE