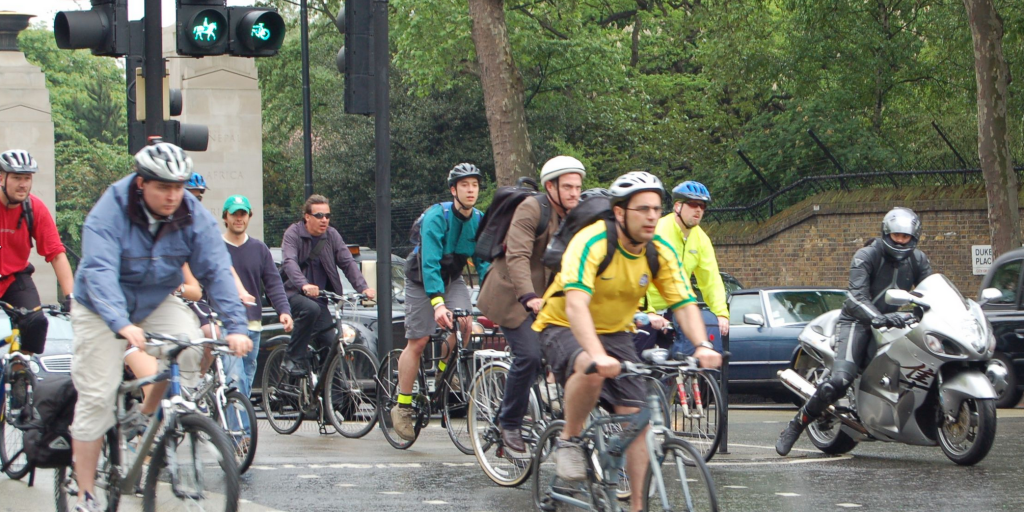 A new study shows that separated bike lanes create safer streets for all road users, regardless of their preferred transportation method.

Published in the Journal of Transport & Health, the study reviewed 13 years’ worth of data from 12 major U.S. cities including Denver, Seattle, Kansas City and Chicago. Researchers found compelling evidence indicating that although cycling is approximately 10 times more dangerous than driving in a car, high-bicycling-mode-share cities are not only safer for those pedaling, but those driving and walking as well.

“Protected separated bike facilities was one of our biggest factors associated with lower fatalities and lower injuries for all road users,” study co-author Wesley Marshall, a University of Colorado Denver engineering professor, told Streetsblog. “If you’re going out of your way to make your city safe for a broader range of cyclists … we’re finding that it ends up being a safer city for everyone.”

The common wisdom is that having more cyclists on the street causes drivers to slow down which improves safety outcomes; however, Marshall and his team found this wasn’t actually the case, according to their abstract. It turns out that bike infrastructure – particularly physical barriers – significantly lower fatality rates regardless of how many cyclists are actually on the road.

Another surprising find was that the data indicates painted bike lanes have no significant impact on improving road safety. Marshall told Streetsblog it’s actually safer to have no markings at all.

“We found they’re worse than nothing. You’re better off doing nothing,” Marshall said. “It gives people a false sense of security that’s a bike lane. it’s just a sign telling cyclists it might just be there.”