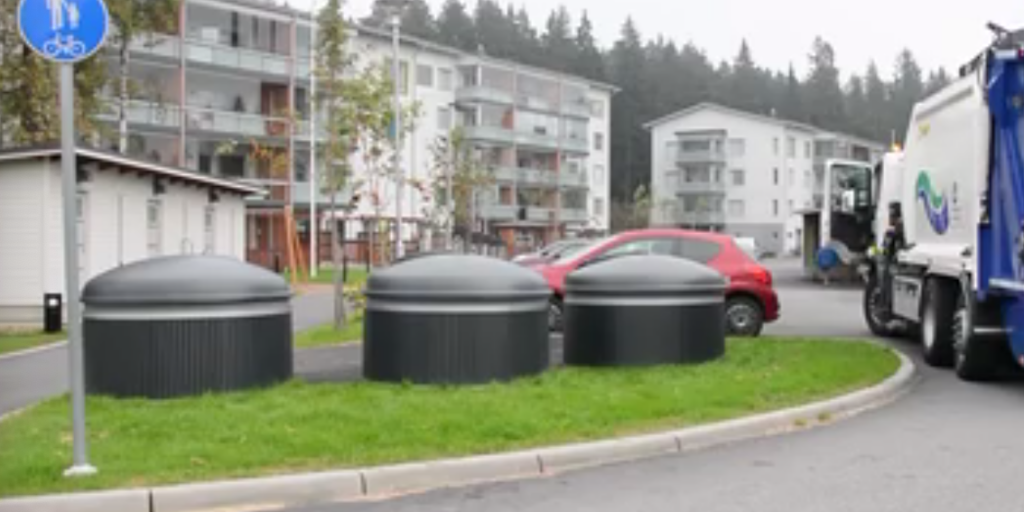 Currently, city crews pick up rolling carts six days a week, twice per day, according to the local CBS affiliate. While the carts are waiting to be picked up, they impede pedestrian traffic and give off foul odors.

To fix this issue, the city is installing six 8-food cylindrical containers – 5 of those feet will be underground, the News Observer reports. The containers will be in what is now a now parking zone.

“It’s very exciting for us that Raleigh is the first city in the country to adopt this underground storage model,” Stan Joseph, the city’s solid waste services director, said in a statement, adding, “it’s a simple concept using innovative technology, The bottom line is that we want to improve quality of life — and part of that is getting garbage carts off the sidewalks and away from neighbors and visitors enjoying downtown.”

The containers were developed in the early 1990s in Finland, the News Observer reports. They’re used around the world, but this will be the first U.S. application.

“The capacity is quite significant,” Tom Corcoran, vice president of Molok North America, told the paper. “That, in part, is why the city wanted to adopt it to get rid of the carts that are clogging up the sidewalks.”

The underground containers will hold the equivalent of 20 trash carts, and provide potential cost savings and reduce environmental impacts, according to city materials.