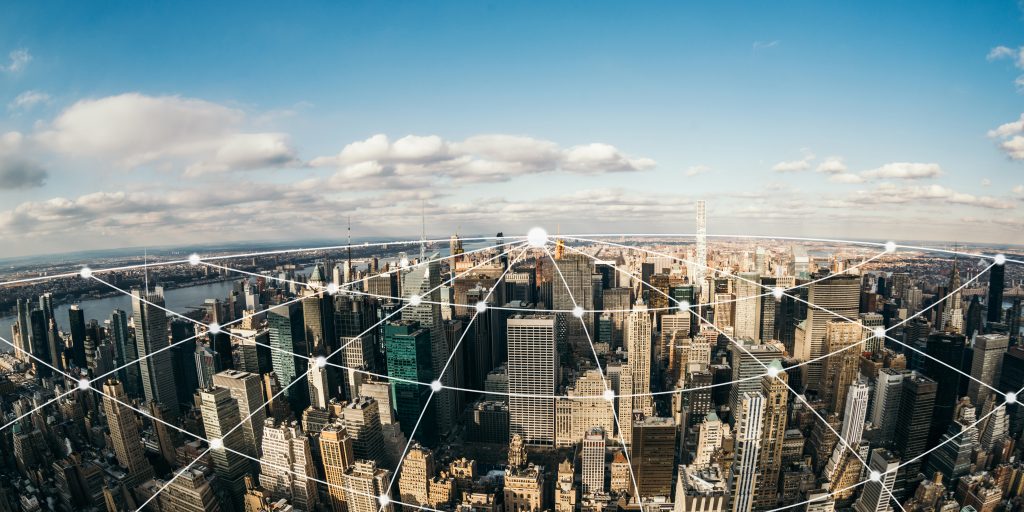 The smartest cities in the U.S.

Smart city projects have become trendy across the world, but truth be told, many of these initiatives are still in relatively early stages. That said, a growing number of pioneers are stepping up to help lay the groundwork for the truly smart cities of the future. Here, we take a look at some of the smartest cities in America.

The city has debuted a public-private partnership to launch an electric car-sharing program to serve underserved neighborhoods. The city has created a strategic roadmap for its smart city projects, which it launched in May 2016. The city debuted an open data directive in 2013 and released an update in 2017 that declared progress in nearly all of its smart city goals, which included determining projects to prioritize. Austin is home to a smart grid and digital meter initiative to optimize billing and energy efficiency. The city is overhauling its strategy for notifying residents and emergency services of floods, using timestamped data, imagery and context. Dealing with worsening traffic, Austin is analyzing the use of shared electric and autonomous vehicles in the future. Austin provides free public Wi-Fi in parks. The city leverages satellite imaging to detect water leaks. Austin is trialling the launch of a 5G network, making it potentially one of the first in the nation to get the technology.

Boston was one of the first cities to launch an office dedicated to innovation. Known as the Mayor’s Office of New Urban Mechanics, the division was founded in 2010. It engages in a range of projects designed to improve residents’ quality of life, whether it is launching a smartphone app intended to encourage safer driving in the present to creating policies for autonomous driving in the near future. The city launched its Go Boston 2030 campaign to help improve public transportation in new employment hubs within the city. Part of the initiative calls for the installation of digital kiosks, or Neighborhood Mobility microHUBs, to inform residents of the best public transit options at a given point in time. Another part of the microHUBs project is the installation of networked traffic signals that can optimize the timing of traffic signals. Boston is the most energy-efficient city in the United States, according to the American Council for an Energy-Efficient Economy. In 2014, Boston launched a citywide data analytics team with the intent of improving how the city manages its resources and public works projects. The startup nuTonomy and Lyft have partnered to test a self-driving pilot program in Boston.

The economic powerhouse of the U.S. Midwest, Chicago is home to the Array of Things project, one of the most ambitious smart city projects in the United States. The project is the centerpiece of Mayor Rahm Emanuel’s vision to make the city “the most data-driven government in the world.” The city is partnering with the University of Chicago and Argonne National Laboratory to help interpret the data the project gathers. The Array of Things project recently won a Smart 50 Award from Smart Cities Connect and Chicago is a finalist in the 2018 IDC Smart Cities North America Awards. Chicago is overhauling its lighting system to improve energy efficiency and remotely dim lights in periods of disuse. The city is leveraging sensors to help detect early signs of river flooding. Chicago has more than 600 distinct data sets stored in an open data portal. The city has worked with vendor partners to accelerate the speed and availability of broadband internet. In addition, the city offers free Wi-Fi in public places, including parks and a number of communities with limited Wi-Fi access. It uses predictive analytics to improve decision-making related to everything from gauging the real-time population of rodents to determining the priority of food inspections.

In 2016, Columbus came in on top of 78 midsize cities in the U.S. Department of Transportation’s inaugural Smart City Challenge, winning $50 million in prize money and another $500 million in the form of investment offers from local businesses. The city aims to parlay that cash into a total of $1 billion by 2020 in funding from private and public sector investments. The city plans to open the Smart Columbus Experience Center to help engage with citizens on its smart city plans. The center will include a manufacturer-neutral showroom for electric vehicles. Columbus has launched smart sensors perched on streetlights along a new light-rail line. The data from the sensors help collect information on traffic and street parking and is posted on a public website. The system can even detect foot traffic. The city is also emerging as a transportation innovator. It is working with truck platooning firm Peloton Technology on testing and development.

The city was a finalist in the DOT 2016 Smart City Challenge. Las Vegas, in collaboration with Navya and Keolis, launched the first autonomous electric shuttle on a public road. The city has made its Innovation District into a smart city test lab and also a testing ground for connected cars as well as self-driving vehicles. To optimize traffic, Las Vegas is moving to connected sensor-based traffic lights that will ultimately use machine-learning technology to optimize the flow of vehicles and pedestrians in popular parts of the city. In 2012, Las Vegas benefited from a $350-million cash infusion from Zappos CEO Tony Hsieh. A year later, Hsieh moved his firm’s headquarters to the city.

The Big Apple came in at number three in Juniper’s global smart city rankings for 2017. The city is home to LinkNYC, a pioneering initiative to place smart kiosks throughout the city. New York City has used a data-driven approach to help tackle violent crime in the past 25 years, and now makes use of predictive crime modeling, according to Juniper Research. The city is also home to a comprehensive privately-owned public bicycle sharing system known as Citi Bike that was conceived by the New York City Department of Transportation in 2008 and officially opened in 2013. Last year, the program had 130,000 yearly subscribers. The city is home to a smart-sensor-based project known as the Quantified Community. Debuting in 2012, the program collects and analyzes data from a variety of physical and environmental data points.

Brian Buntz is the content director of Internet of Things World Today. Internet of Things World Today is hosting a conference from May 13 to 16 at the Santa Clara Convention Center in California. At the conference, more than 12,500 strategists, technologists, developers and implementers will connect to bring IoT solutions across numerous industry verticals. The 100,000 square-foot expo hall will be packed with over 300 exhibitors showcasing the newest technologies, and the tracks of comprehensive educational offerings ensure that every attendee will learn something new. Registration is open now – visit the website for more information.