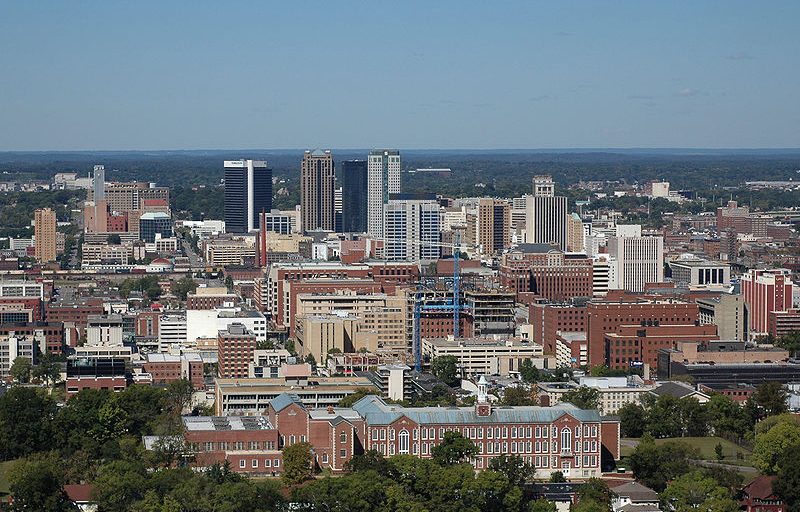 How close collaboration is advancing Birmingham

More than 150 people who represent the full spectrum of those who live, work and lead the city of Birmingham participated in the city’s Readiness Workshop, part of its package for being one of five winners of the 2018 Smart Cities Council Readiness Challenge.

“Our city is in the middle of an evolution that is really changing how we do things in our city,” said Birmingham Mayor Randall Woodfin, “and I believe part of that evolution is fueled by this Smart Cities Council grant which helps us be a more inclusive and competitive government.”

Leaders describe the community as a “three-legged stool,” with the city, Alabama Power and the University of Alabama at Birmingham closely collaborating to make the area more livable, workable and sustainable.

“We are at a unique time in the history of Birmingham,” said Dr. Ray Watts, President of the University of Alabama at Birmingham. “I don’t think that in any of our lives we have seen the level of cooperation we have now. We are working together for the greater good.”

Working together was a key theme, which includes bringing city departments together as well as different community groups and resources.

“What I found in our past and has existed for so long is that everyone is doing their own thing, their own silo, and that has kept us from really moving at the pace we really need to move our city,” said Mayor Woodfin, who described himself as the city’s ‘chief convener.’ “One of the tasks of chief convener is understanding what collaboration really means.”

“(This) is such a tremendous effort to move the city forward,” said Jonathan Porter, Vice President of Birmingham Division for Alabama Power Company. “We feel that this will be transformational for the city, this Birmingham-Jefferson County community and also the state of Alabama.”

One breakout panel explored improving the city’s business license process. The group recommended that the city establish a metric for how long it takes to open a business, tracking its progress against that measurement.

It also found that a significant amount of information exists only in the heads of certain city staffers. Participants recommended that the city work toward moving from a people-based system to one that’s process based. As part of that work, they also recommended the city put more information online.

Reducing blight
A major concern of residents and businesses alike is the amount of blight in Birmingham. One doesn’t have to look far to see dilapidated, abandoned buildings that attract crime and diminish the value of the neighborhood.

In the area of early intervention, the group suggested using power consumption data from Alabama Power and delivery records from the post office to more quickly identify homes that have been abandoned. Death records and weed citations can also provide early clues. Canvasing neighborhoods may also provide useful data.

Community gardens could be a tool to develop more neighborhood pride and to get residents more engaged. Participants also suggested the city look for ways to become more active in existing community groups, such as Parent-Teacher Association meetings.

Access to quality and affordable healthcare is critical to the mental, physical, economic and socio-emotional well-being of those in a community, and everything from unemployment to lack of transportation can provide barriers to accessing it.

Participants in that working group stressed that the city does not need any new groups to deal with this challenge. There are already a number of groups working on the issue. Rather than creating new groups, the city needs to encourage coordination between them.

Providing internet access is one element. Birmingham’s efforts to provide city Wi-Fi can help with this, but the city does need to provide safe places for people to access it. Participants also suggested that the city look for opportunities to use data that others are already collecting, such as school data on students who are getting free meals.

Finally, they suggested Birmingham invest to increase the awareness in available services. It’s more than a marketing campaign; it’s more of a community conversation to understand what useful services people just don’t know about.

Getting people out of their cars
If someone goes anywhere in Birmingham, they almost certainly drive — by themselves. More than 85% of Alabama’s commuters travel in single-occupancy vehicles. That’s the highest rate in the country.

Participants in the breakout session suggested that the tremendous space reserved for parking lots could be turned into bike lanes or food truck areas — a change that would make the community more vibrant and livable.

To get people out of their cars, participants suggested the city work to link parking tickets to vehicle registration so that people would have to pay their parking tickets to renew their license tabs. They also suggested Birmingham look at modernizing parking meters to charge motorists what the space is actually worth.

Another suggestion involved using data and real-time information from parking meters to send parking enforcement officers to areas where there are current parking violations or the most chronic problems.

Improving transportation safety
Birmingham ranks 19th in the U.S. for the most pedestrian fatalities. Participants in that break-out session suggested the city may be able to get grants to tackle the problem.

They also identified that data quality is one of the issues that’s preventing more concrete action to identify and address the underlying causes of the accidents. There are a number of disparate data sets that need to be connected. State transportation workers and city police officers could also benefit from training so that their data are standardized, allowing for richer analysis.

Making the public safer
Birmingham’s Readiness Workshop included a second day devoted to public safety. One of the key takeaways in a breakout panel was an understanding of an opportunity to allow citizens to play a role in helping to police the communities.

The city is exploring a Citizens on Patrol program. An earlier incarnation of the program had citizen volunteers drive through neighborhoods, talking to business owners and even checking on houses where the owners were on vacation.

What’s next?
Following the workshop, the Council will be working with the city to develop a Readiness Roadmap that helps turn some of the opportunities uncovered during the workshop into next steps. For its part, Birmingham also sees the workshop as a day that resulted in deeper relationships between the various stakeholders in the community — relationships that will help drive progress on an ongoing basis.

“This is the beginning of what we hope is a process of answering questions together as a partnership,” said Birmingham’s Director of Innovation and Economic Opportunity, Josh Carpenter. “The Smart Cities Framework, if anything, is a way that cities can solve problems together, to bring lots of folks into the conversation who have different perspectives to help us solve problems.”

Kevin Ebi is Global Managing Editor of the Smart Cities Council, which helps cities become more livable, workable and sustainable. Learn how to advance your city by participating in the 2019 Smart Cities Readiness Challenge.