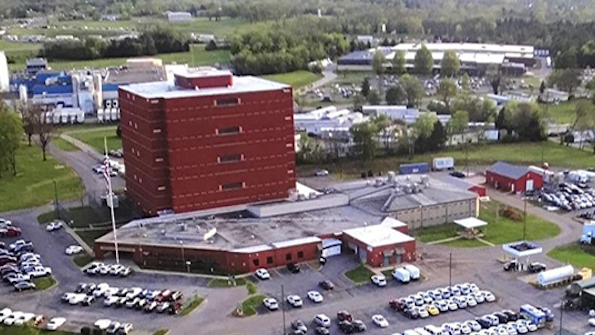 Police and sheriff’s departments across the country are setting up safe exchange zones, where online transactions and child custody exchanges can occur under video surveillance to ensure the safety of all parties involved.

Purchasing goods online has become a normal part of everyday life, but exchanging goods from online transactions made on sites like Craigslist and Facebook can become a perilous endeavor, as the buyer and seller usually do not know each other. Similarly, child custody exchanges can often get heated.

That’s why police and sheriff’s departments across the country are setting up safe exchange zones, where these transactions can occur under video surveillance to ensure the safety of all parties involved.

"With the proliferation of Facebook and Craigslist type internet exchanges being conducted, we have established well-lit and video monitored areas in the front parking of our offices where folks can conduct their exchanges rather than meeting at private residences," Eddy County, N.M. Sheriff Mark Cage wrote in a Facebook page, per the Carlsbad Current Argus.

Rutherford County, Tenn. Sheriff’s Office Deputies will monitor the video surveillance at their safe exchange zone 24 hours a day, Nashville, Tenn. TV station WSMV reports. The video surveillance at the safe exchange zone, which the department announced on July 18, assures people that they can conduct their business in peace. Or, if things were to go wrong, local police will have much more evidence at hand than just pure witness testimony.

The location of Rutherford County’s safe exchange zone isn’t an accident either. “I think the interesting thing will be making the transaction at the detention center,” Rutherford County Commissioner Pettus Reed told the Daily News Journal. “If they don’t want to come here, that means there’s something wrong with the transaction. Once people know that it’s here, I think it is going to be used.”

Besides video surveillance, setting up a safe exchange zone doesn’t need to be expensive. “Literally the only thing that this cost me was the paint to mark out the lines on the pavement,”  Rindge, N.H. Police Chief Daniel Anair, who announced Rindge Police Department’s Safe Exchange Zone in July, told SentinelSource.com.

However, any local government can designate areas as Safe Exchange Zones even without designated spaces for such exchanges. The Hillsboro, N.H. Police Department is one such place — it’s listed alongside hundreds of American and Canadian police stations on SafeTradeStations.com, which lists such places, per SentinelSource.com. At the Hillsboro Police Station, the lobby and parking lot are video recorded.

“If [residents] wanted to do some type of Craigslist business in one of those two locations, that’s fine,” Hillsboro Police Officer Mark McSweeney told  told SentinelSOurce.com, “because it’s obviously safer to do it there as opposed to the Park and Ride, for example.”