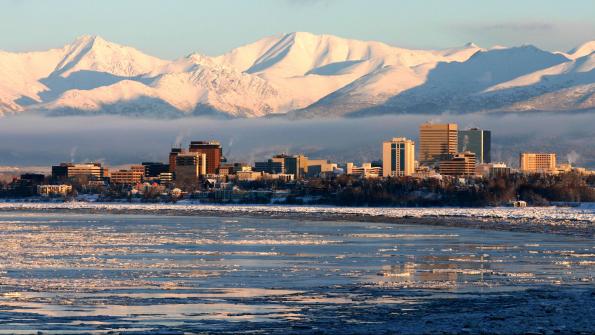 A potent cyber attack is spreading through local Alaskan governments, but the state’s biggest municipality is determined not to fall victim to it.

A potent cyber attack is spreading through local Alaskan governments, but the state’s biggest municipality is determined not to fall victim to it.

On July 23, detection of a large-scale computer virus forced the Matanuska-Susitna Borough (Mat-Su) in Alaska to disconnect most of its computers, email accounts and office phones, according to the Anchorage Daily News. The virus appeared to have laid dormant within Mat-Su’s computer systems since as early as May 3.

The multi-pronged attack has forced Mat-Su employees to use typewriters while the borough’s systems are being rebuilt, the Daily News reports. Other departments have switched to using pen and paper for their work. The Federal Bureau of Investigation (FBI) is investigating the attack, and borough officials expect the systems to be fully functional within three weeks from the initial incident.

Ultimately, multiple different attack vectors were identified in the incident, including the virus Emotet, the ransomware called BitPaymer and the malware known as Dridex, Alaskan TV station KTUU reports. Mat-Su employees are rebuilding the borough’s domain, redesigning parts of its network to be able to address the new cyber threat and are wiping and restoring computers before reconnecting them to the network, according to KTUU and the Daily News. Officials expect recovery costs to total nearly $750,000, KTUU reports.

Later, on July 27, the Valdez, Alaska, government detected the same virus that struck Mat-Su within its own computer systems, according to a news release posted to the city’s official Facebook page. The government shut down all of its computers and servers in an attempt to prevent any further damage. The city’s phone system, emergency services and website still remained functional even after the system shutdown, however.

Now, Anchorage, Alaska, is fortifying its technology in a proactive bid to prevent the virus form laying waste to its systems, Alaskan TV station KTVA reports.

“You gotta have eyeballs on it,” Anchorage Chief Information Security Officer Mark Merchant told KTVA. “What happened in the Mat-Su is someone clicked on a link and it went out to a malicious site. That trojan virus got in there and it lay dormant for months and the hackers triggered it when they wanted to trigger it.”

The most important preparation is awareness, Merchant told KTVA. Anchorage makes its employees take an annual security awareness course to educate them on phishing and to prevent them from clicking on malicious links.

Additionally, the city has multiple systems of alerts in place, data backups, according to KTVA.