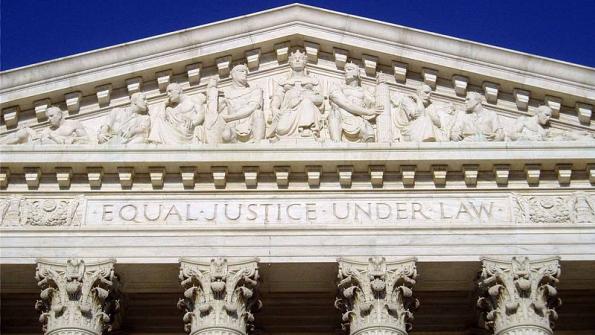 The U.S. Supreme Court has ruled that police must have a warrant to search a vehicle that is parked on private property.

The U.S. Supreme Court has ruled that police must have a warrant to search a vehicle that is parked on private property.

The May 29, 8-1 decision reversed a Virginia Supreme Court ruling, which had determined that a vehicle exemption under the Fourth Amendment lets police search vehicles regardless of where they are parked, The Hill reports.

The case originated with Ryan Collins, who had evaded police twice in 2013 while riding an orange and black motorcycle in Virginia, according to the Associated Press. Police used Collins’ Facebook page to track the motorcycle to his girlfriend’s house. Officers without a warrant walked onto the driveway, lifted a black tarp covering the motorcycle and discovered that the motorcycle was stolen. Collins was arrested and subsequently argued that authorities had improperly entered private property without a warrant.

Justice Sonia Sotomayor wrote the majority opinion, stating that constitutional protections for a home and its surrounding area outweighed the police interest in searching a vehicle without a warrant, the AP reports.

Warrantless searches are allowed however, in “exigent circumstances,” when the evidence might disappear if not examined quickly, according to the AP. Lower courts were ordered to consider that issue.

Only Justice Samuel Alito dissented, according to The Hill. Alito’s opinion stated that the exception should apply as long as the search isn’ unreasonable or a major privacy breach.

"If the motorcycle had been parked at the curb, instead of in the driveway, it is undisputed that [the officer who pulled back the tarp] could have searched it without obtaining a warrant," Alito said, the AP reports.