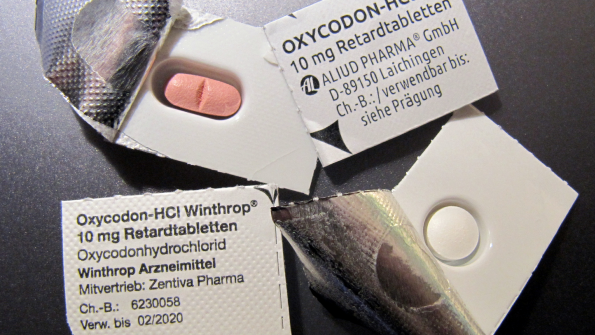 Several towns and municipalities across Illinois filed suit today against pharmaceutical manufacturers and three suburban doctors, saying these parties significantly contributed to the opioid epidemic in their communities. They are seeking an injunction against the defendants as well as damages.

UPDATE: On July 19, 13 more Illinois municipalities and one fire district came together to file a second, similar suit.

The plaintiffs include the Villages of Broadview, Chicago Ridge, Dolton, Hoffman Estates, Maywood, Merrionette Park, North Riverside, Orland Park, Posen, River Grove and Stone Park; the cities of Harvey and Peoria; and the Orland Fire Protection District, which is the first Fire District in Illinois to engage in opioid litigation, according to materials from the law firm filing both suits, Edleson PC.

"The Opioid epidemic, which was entirely avoidable, has impacted North Riverside by increasing costs for law enforcement, healthcare, criminal justice, and substance abuse treatment programs, and has led to the tragic loss of human life and the destruction of families and communities," Hubert Hermanek, the mayor of North Riverside said in a statement. "Municipalities like ours need to proactively asserts our rights using the legal system in order to secure compensation from the parties responsible for the opioid epidemic. If we are not proactive, we risk missing out on the opportunity to restore the health of our communities and ensure that something like this never happens again."

Several towns and municipalities across Illinois filed suit today against pharmaceutical manufacturers and three suburban doctors, saying these parties significantly contributed to the opioid epidemic in their communities. They are seeking an injunction against the defendants as well as damages.

The communities include Melrose Park, Bellwood, Berkeley, Berwyn, Chicago Heights, Northlake, Oak Lawn, Pekin, River Forest, Hillside and Tinley Park, Rachel Zucker, a spokesperson for Edelson PC, the Chicago-based law firm which is handling the legal proceedings on behalf of the communities, wrote to American City & County. “The suit alleges widespread harms and injuries to residents arising from and as a result of defendants’ role in fostering and perpetuating an epidemic of prescription opioid abuse in their communities,” she wrote.

Paul Madison, William McMahon and Joseph Giacchino, the doctors named in the complaint all had their Illinois medical licenses suspended or revoked, according to state records, the Chicago Tribune reports. Aside from the doctors, the defendants include manufacturers Purdue Pharma, Cephalon, Janssen Pharmaceuticals, Insys Therapeutics, Endo Health Solutions, Actavis and Mallinckrodt, and distributors AmerisourceBergen, Cardinal Health and McKesson.

The paper was unable to reach Giacchino and McMahon for comment Wednesday, and Madison referred questions to his attorney. He did however tell reporters, “This whole thing has become a witch hunt against doctors.”

This isn’t the first time municipalities have filed suit against drug manufacturers, but what makes this case unique is the communities involved have filed in state court rather than federal. Filing in federal court would mean joining the massive nationwide opioid Multidistrict Litigation based in Ohio, Zucker wrote. “Plaintiffs in this litigation believe they will be better served by having an Illinois court adjudicate their claims under Illinois law, taking into account their specific harms, and that state court will enable a faster and all-around better resolution.”

Local leaders hope the suit will make "pill mill" doctors and the manufacturers of dangerous medications responsible for their role in the devastation this crisis has created. “The opioid epidemic has impacted every corner of our village, from families being torn apart to the cost of law enforcement and health care. We see the impact of this daily, often multiple times a day,” Sandra Bury, the mayor of Oak Lawn, said in a statement. “This lawsuit seeks to hold the drug makers accountable. The Village of Oak Lawn is proud to bring this lawsuit alongside other mayors throughout Illinois.”

Jay Edelson of Edelson PC, says this isn’t the end of the local leader’s battles against the opioid crisis, and he expects more action to be taken. “We commend the mayors for their leadership and ability to work cooperatively with others throughout the state to tackle this public crisis,” he said in a statement. “Many more state court cases will be filed by Illinois municipalities in the coming weeks.”