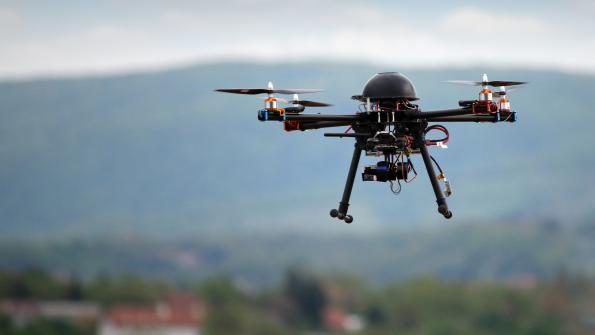 Ten public entities at the local, tribal, state and university levels have been chosen to test drones as part of a Federal Aviation Administration program.

Ten public entities at the local, tribal, state and university levels have been chosen to test drones as part of a Federal Aviation Administration (FAA) program.

On May 9, the U.S. Department of Transportation (USDOT) announced that one tribal government, two cities, two county-level agencies, two universities and three state agencies across the country will be participating in the department’s Unmanned Aircraft Systems (UAS) Integration Pilot Program, a USDOT news release notes.

The participating public entities will partner with private sector participants to test certain drone operations and collect data on the implementation of the projects, according to the USDOT. The data gathered from these projects will be used to formulate a new regulatory framework for integrating drones.

"This is a historic moment. It shows the federal government has adopted an entirely new way of thinking about these kind of aircrafts," Gregory McNeal, a co-founder of the drone startup AirMap, which is partnering with six of the 10 selected cities, told CNN Money. "This is the first step toward making sure America remains globally competitive."

The participating public entities are:

Different agencies will test different drone operations. The Lee County Mosquito Control District will use drones to survey the local mosquito population, while drones in Reno will deliver defibrillators as part of a partnership with the local 911 system, according to CNN Money.

“This is an opportunity to create high-paying jobs and help develop the kind of drone technology that will have a direct and positive impact on citizens of Reno,” Reno Mayor Hillary Schieve told TV news station KOLO 8. “We set out to build the strongest and most diverse coalition possible in order to support a drone initiative [that drone delivery company] Flirtey has already been spearheading in our community – life saving drone deliveries.”

Chao said that there was an enthusiastic response to the USDOT’s request for application, per the news release. She has asked the Federal Aviation Administration (FAA) to reach out to rejected applicants to discuss how those applicants can move forward with their proposals, according to NPR.

USDOT believes that drones could create 100,000 jobs and bring $82 billion in economic benefits, according to CNN Money.

"Drones are a part of our aviation future," U.S. Department of Transportation Secretary Elaine Chao said at an event in Washington, CNN reports. "This is vital to making sure America reaps the important benefits of this new technology. That includes saving lives, creating new jobs and strengthening our country's competitiveness."