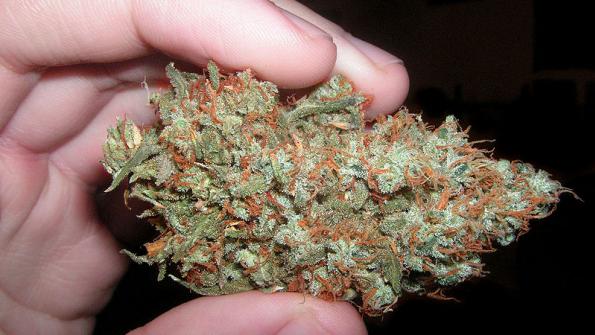 If a Seattle Municipal Court motion filed on April 27 is approved, Emerald City residents who got busted for joints might soon get busted out of the joint.

If a Seattle Municipal Court motion filed on April 27 is approved, some Emerald City residents might soon have their records expunged.

Seattle Mayor Jenny Durkan and Seattle City Attorney Pete Holmes filed the motion, which requested the dismissal of all charges and the erasing of all convictions of misdemeanor marijuana possession that the city prosecuted during a 13-year period before marijuana was legalized in Washington, according to the Seattle Times.

Duran said that vacating the charges and convictions "is a necessary step to correct the injustices of what was a failed war on drugs, which disproportionately affected communities of color in Seattle,” Seattle TV station KOMO reports.

If the motion is granted, the legal records of 542 people that the city prosecuted between 1997 and 2010 would be affected, according to KOMO. When Holmes assumed his current post in 2010, he stopped charging for marijuana possession.

“A drug conviction, even for the misdemeanor offense of possession of marijuana, can have significant negative collateral consequences affecting a person’s employment opportunities, education options, qualification for government benefits and programs, travel and immigration status,” Holmes wrote in the brief, per the Times.

The King County, Wash., Department of Public Defense supports the motion, a Seattle news release shows. “The City’s motion is a small but meaningful step in reducing the harm the war on drugs has caused communities of color,” Lorinda Youngscourt, the department’s director said in a statement per the release. “That harm is ongoing.”

The proportion of marijuana arrests as part of the entirety of drug arrests, as well as arrest rates among different races are well documented. A 2013 report by the American Civil Liberties Union (ACLU) shows that marijuana arrests rose between 2001 and 2010 and accounted for 52 percent of all drug arrests in the U.S. On average, black people are 3.73 times more likely to be arrested for marijuana possession than whites, despite similar usage rates among both races.

"I did it because I felt it was the right thing to do," Krasner said, per The Hill. "We could use those resources to solve homicides."