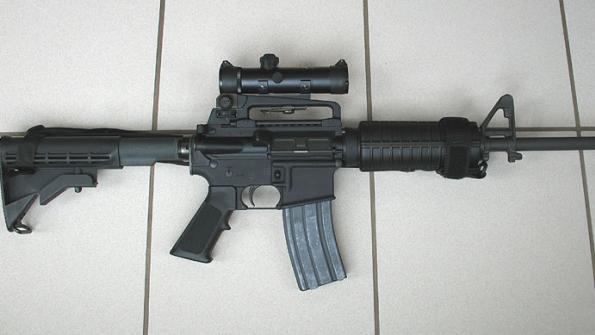 Days after the village of Deerfield, Ill. instituted a ban on assault weapons, it’s being challenged in court.

Days after the village of Deerfield, Ill. instituted a ban on assault weapons, it’s being challenged in court.

Deerfield’s Village Board passed an ordinance on April 2 that prohibits the possession, sale, transport and storage of semi-automatic rifles that are compatible with large magazines, USA Today reports. The ordinance is to go into effect on June 13, and residents may sell them, move them out of the village or give them to police within 60 days of the ordinance’s commencement.

Violations could result in a fine of up to $1,000 for each continued day of violation, USA Today reports. Some exemptions exist for law enforcement officials and military members.

"We hope that our local decision helps spur state and national leaders to take steps to make our communities safer," Rosenthal said, per USA Today.

However, the Illinois State Rifle Association and the Second Amendment Foundation joined Deerfield resident and firearms instructor Daniel Easterday in filing a lawsuit on April 6 to prevent the village from enforcing the ordinance, according to Deerfield Patch. Easterday and the two groups asked a Lake County, Ill., judge to block Deerfield from enforcing the ban, claiming that state law preempted the ordinance.

In 2013 as the Illinois state government passed a series of gun-related laws, state lawmakers gave municipalities a 10-day window to pass assault weapons regulations, Patch reports. Deerfield passed a placeholder ordinance before the deadline, but the current lawsuit is examining whether the expansion of the original ordinance is permitted under state law.

"We're comparing the two ordinance and saying is this merely amending it, or is this just passing something totally different and putting it in the same numbered section and saying, 'Oh it's just an amendment,'" David Swigale, attorney for Easterday and the two organizations, told Patch. "Clearly, we don't think it is."

However, village officials are currently standing their ground on the issue, claiming the ordinance is valid.