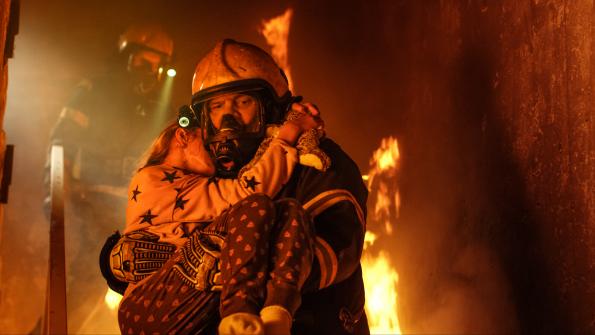 It’s a prevalent predicament — out of 2,004 U.S. firefighters, police officers, paramedics/EMTs, lifeguards and nurses surveyed in a 2017 University of Phoenix study, 85 percent reported experiencing symptoms related to mental health issues. But not all may be getting necessary help — only 34 percent said they had received a formal diagnosis of a mental health disorder.

While private treatment can help first responders work through traumatic experiences and associated mental health issues, cities and counties have over the years taken matters into their own hands through the use of a few mental health program models.

But addressing first responders’ mental health issues has long been a difficult undertaking for governments. Besides budgetary and funding concerns that befall many local government endeavors, a stigma surrounding first responders openly talking about their mental health complicates the matter, says Stephanie Conn, a licensed psychologist based in Beaverton, Ore., who specializes in first responder psychology and previously worked as a dispatcher for three years and as a police officer for nine years.

“There’s still a stigma of weakness — if you develop a mental health issue, then you must not be resilient; you must be weak in some way or not cut out for the job,” she says. Conn, who is also the author of an upcoming book on first responder mental resilience, believes the stigma is getting better due to education and generational changes. However, “there’s still a long way to go,” she adds.

“I love CISM programs, I love the peer support programs. I have mixed feelings about the EAP programs,” Conn says, adding that her views are shaped through feedback from her clients.

EAPs often provide assisting services for multiple governmental departments, a 2016 report by the National Association of Emergency Medical Technicians (NAEMT) notes. This nonspecific focus and a resulting cultural incompetence with first responders’ experiences is partly why Conn is wary of the programs.

“I’ve had clients tell me that [EAP clinicians] have had a physical reaction to them talking about trauma, where they seem horrified to hear it,” Conn says. “And that’s not appropriate.”

“The idea is to move [the critical incident] from something where it’s an elephant in the middle of the room to a ‘page in a book,’ where you remember it, but you acknowledge that in a way,” says Anne Daws-Lazar, coordinator of the Washtenaw County, Mich., CISM Team. “You acknowledge that it was a big deal, and that can help it be less of a big deal.”

While Washtenaw County’s CISM team has existed in some form since 1987, its current iteration as a county employee coordinating a team of volunteers was established in 2013. The CISM team is tasked with helping both first responders and the general public process and work through critical incidents.

When a Washtenaw County professional notifies Daws-Lazar of a first responder-related critical incident and the need for her team, she forms a smaller team of 2-3 volunteers that includes behavioral health professionals and first responder peers. A timeline of action and the response type — a diffusing or debriefing — is then determined.

Not every incident may warrant both response types. A 45- to 60-minute diffusing occurs immediately after the shift during which the incident occurred and involves setting expectations for what might occur after the initial shock subsides.

A more in-depth debriefing occurs between a few days and a few weeks after the critical incident and can last 2 to 3 hours. In these sessions, participants can share more details about their incident experience, while the CISM team then discusses self-care moving forward. Throughout the process, the group works together to process the incident, and all communications are confidential — the CISM team doesn’t issue any report to any sort of command.

Daws-Lazar spends a lot of time educating groups on what CISM is, since first responders tend to not be immediately drawn to using the service. “This is not group therapy,” she says. “Really, it’s a formal discussion and it just helps people see the whole picture of what happens, which is a big part of the healing process. And it’s a proven method.”

The reality however, is that most incidents that first responders address won’t be classified as critical incidents, Conn says. However, constant exposure to others’ suffering puts consistent mental strain on first responders, a phenomenon she calls “death by a thousand cuts.” That mental duress gets compounded by personal life problems that the average person experiences.

“That’s where peer support comes in, because they’re going to be there for all these daily things that [first responders] might be exposed to,” Conn says.

However, it’s easier proposed than executed. The stigma against talking about one’s problems was present in the Omaha, Neb., Fire Department (OFD) for years, OFD Assistant Fire Chief Kathy Bossman says. Moreover, mandatory participation in the city’s EAP program had both stigmatized participation and made firefighters view it more as a punishment.

However, an Omaha firefighter’s unforeseen suicide in 2014 contributed to the department establishing a peer support program in 2015 by having 15 firefighters participate in a 40-hour peer support training.

“We’re really trying to change the outlook, to make it OK for firefighters to ask for help and to say, ‘hey, that call really got to me, I need to talk to someone,’” Bossman says.

The department currently has 23 trained peer supporters spread across multiple shifts, ranks and divisions. Any OFD member can reach out to a peer to have confidential conversations about the struggles they’re going through.

While the peers aren’t professional counselors, they’re trained to be good listeners and to provide support and gentle advice. Peer supporters often follow up with confidants, and they’re knowledgeable about preferred mental health service providers in the community.

Since its inception, Bossman has observed positive changes in the culture of mental health communication in the department. Omaha firefighters have begun to call peer supporters on behalf of their co-workers — asking that peer supporter to check-in with the co-worker if a firefighter notices that something seems to be bothering them. Individuals have also expressed desire in training to become peer supporters, and the OFD has advised other cities in Nebraska and Iowa on the creation of peer support programs.

“We felt like if we were going all over the state and dealing with a lot of different agencies and [were] going to hold a couple of conferences per year and some training sessions, that it needed to be incorporated into law and just not [be] an ad-hoc group within the Department of Public Safety doing it,” Hitchens explains, noting that the support services would be for “everybody.”

The bill also calls for funding for the centralized office, but Hitchens posits that the office could ultimately save departments money. He notes that some officers will leave a department if exposed to traumatic events. Bossman corroborates this, noting that in addition to being a difficult condition, PTSD can be career-ending.

Because training new officers is an expensive endeavor, Hitchens believes that having support services in place could increase retention and save on training costs. But the bill as well as the peer support and critical incident support it would provide could also yield something not quite as measurable: a sense of security.

“If you’re an employee, you feel like your agency cares about you when you have a problem like that and they want to help you,” Hitchens says. “Everybody wants whoever they work for to take their interests to heart.”