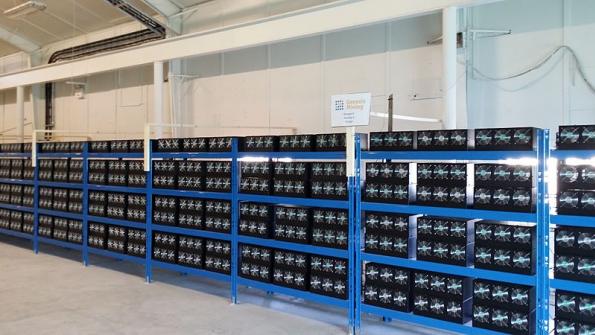 Plattsburgh, N.Y. has become the first U.S. city to place a moratorium on commercial mining of Bitcoin and other cryptocurrencies.

Plattsburgh, N.Y. has become the first U.S. city to place a moratorium on commercial mining of Bitcoin and other cryptocurrencies.

On March 2, Mayor Colin Read proposed an 18-month moratorium on new commercial cryptocurrency mining operations in the city, according to North Country Public (NCPR) Radio. On March 15, the Plattsburgh City Council unanimously passed the moratorium, which won’t affect current bitcoin mining operations. Violators will be fined up to $1,000 each day the local law is violated.

The mining of Bitcoin, possibly the most well-known cryptocurrency, consists of individuals or groups getting paid in new Bitcoins for running complex math equations on powerful computers, Bloomberg reports. The equations are done to validate Bitcoin transactions and to add them to the public ledger, also known as the blockchain.

Mining consumes lots of energy— in November, Vice’s Motherboard estimated that one Bitcoin transaction uses as much energy as an average house uses in a week. Read said that two Bitcoin mining operations were using between 10 and 15 percent of the city’s electricity, NCPR reports.

Plattsburgh obtains cheap electricity from the St. Lawrence River, which reduces residents’ energy costs, according to Bloomberg. However, the city exceeded its allotted hydropower in December and January, which caused some electricity bills to spike.

“I’ve been hearing a lot of complaints that electric bills have gone up by $100 or $200,” Plattsburgh mayor told Motherboard. “You can understand why people are upset.”

The moratorium was also proposed to allow the city to figure out land use, zoning and municipal lighting regulations to accommodate Bitcoin (and other cryptocurrency) mining before the operations create irreversible change to the city’s character, direction and resources, the local law states.

However, Bitcoin miners opposed the moratorium, saying that miners would pay any overages.

“It would never cost the Plattsburgh citizens any more money to let more miners come in here because the miners are willing to pay for those overages when it's super cold,” Tom Pillsworth, a Plattsburgh local and partner at the second largest Bitcoin mine in the city, told Motherboard. “The miners are more than willing to pay.”