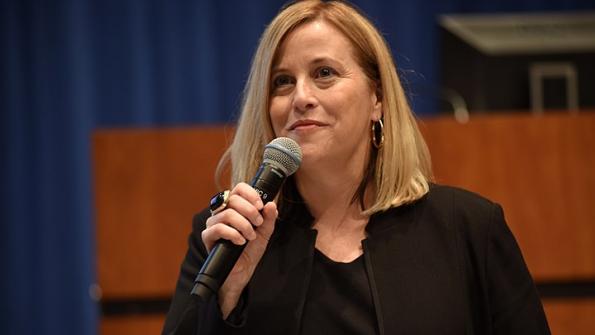 On Mar. 6, Barry pleaded guilty to felony theft of property of over $10,000, Nashville TV station WSMV reports. A half-hour later, she resigned as mayor, according to the Tennessean.

"While my time as your mayor concludes today, my unwavering love and sincere affection for this wonderful city and its great people shall never come to an end," Barry said in a news conference, per WSMV. "In two and a half short years, we have made great strides and progress on affordable housing, transit, public education, youth opportunity, quality of life and our economy.”

As American City & County previously reported, the charges stemmed from an investigation into Barry’s expenditures during an extramarital affair she had with her head of security, Sgt. Rob Forrest.

The two incurred over $33,000 in travel expenses between January 2017 and October 2017, per American City & County. They took 10 city-funded trips without other mayor’s office staff accompanying them that included trips abroad, the Tennessean reports.

Forrest earned $173,843 in overtime between July 2015 and January 2018, more than the combined amount that the other four officers in Barry’s detail earned in that period, according to the Tennessean. Forrest pleaded guilty to theft and owes the city $45,000.

Barry’s three-year probation will be unsupervised, as she already paid the city in full and resigned, according to the Tennessean. The $11,000 Barry owed in restitution represented Forrest’s travel expenses while he accompanied her on city business.

The same day that Barry resigned, Nashville Vice Mayor David Briley was sworn in as Metro-Nashville’s acting mayor, Nashville TV station WKRN reports. Briley, who was elected as vice mayor in 2015, learned of Barry’s resignation that morning and immediately began preparing to transition into the mayoral role.

Briley mentioned that three past mayors of Nashville have offered him assistance — which he has accepted — while Barry offered her full support.

“Today’s events and what we’ve learned today is disappointing and it’s sad, but I pledge to you – to the citizens of Davidson County and Nashville – that together we are going to move this city forward and on to better days where prosperity is shared amongst all, where we continue to move forward together,” Briley said, per WKRN.