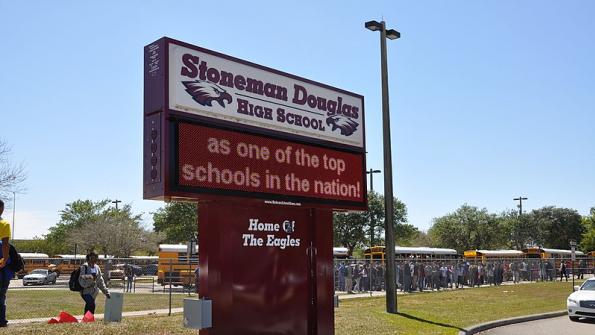 Local and state officials in Florida have sharply criticized federal officials and their inaction on gun laws following the deadly high school shooting in Parkland, Fla., on Feb. 14 that left 17 dead.

Local and state officials in Florida have sharply criticized federal officials and their inaction on gun laws following the deadly high school shooting in Parkland, Fla., on Feb. 14 that left 17 dead.

The shooting at Stoneman Douglas High School has reignited national conversation about gun control and mental health reform, as well as the legislative inaction of officials who have the power to change those laws.

"You know what's going to happen after this? Nothing," Florida Rep. Jared Moskowitz, D-Coral Springs, who graduated from Stoneman Douglas High in 1999, told the Tampa Bay Times. "Politicians need to look these parents in the face and say, ‘We will do nothing.’”

"If you are an elected official and you want to keep things the way they are and not do things differently, if you wanna keep the gun laws as they are now – you will not get re-elected in Broward County,” Israel said, according to WPVI.

“Him coming here is absolutely absurd, and he’s a hypocrite. How can you come here and talk about how horrible it is when you support these laws,” Bogen told CNN.

Florida Gov. Rick Scott has in turn placed the blame on the Federal Bureau of Investigation (FBI), which had received information about perpetrator Nikolas Cruz’s alarming behavior and gun ownership, a news release from the governor notes. Scott called on the Trump-nominated FBI director, Christopher Wray, to resign.

Despite the criticism of federal officials, Parkland Mayor Christine Hunschofsky was quick to praise local first responders at school grounds the day of the shooting,

“I must say, we say on a regular basis how grateful we are for our police and our first responders," she told NPR. "We have so much gratitude for them today and the bravery they've shown."