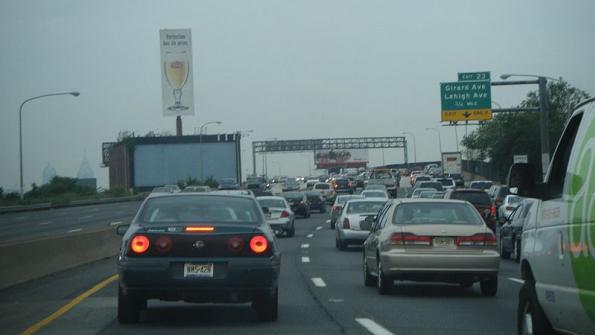 Future traffic enforcers in Philadelphia might not have police badges.

Future traffic enforcers in Philadelphia might not have police badges.

The civilians would be able to issue traffic tickets but wouldn’t be able to make arrests or carry firearms, WPVI reports. Clarke said the move would allow police more time to focus on criminal investigations.

Clark’s planned resolution specifically called for hearings exploring the opportunity and how the subsequent positions could be created, the Philadelphia Inquirer reports.

“At some point, you’ve got to deal with it,” Clarke said on Jan. 24, the Philadelphia Inquirer reports. “People are complaining all over the city about traffic.”

Clarke cited measures in Baltimore, New York, Los Angeles and Washington that have enlisted civilian workers for traffic management, according to the Inquirer. The hearings would involve experts from other cities to talk about potential approaches to the issue.

“We need to take a look at all of these particular municipalities to see what makes sense for the city of Philadelphia,” Clarke said, according to the Inquirer.

A week prior, the Philadelphia Police Department announced that some of the 370 officers expected to be added to the force by September would be handling traffic duties, per the Inquirer.

However, Clarke’s idea is already a divisive one. Administration officials told the Inquirer that a new civil service class of positions would be tough. While John McNesby, president of the Philadelphia lodge of the Fraternal Order of Police, expressed willingness to talk about the proposal, he made his views clear on the day the proposal was made.

“There’s no gray area here,” he said, per the Inquirer. “That’s police work and police work only.”

The mayor’s office has been pursuing a safer streets initiative, the Inquirer reports. However, the office declined to comment on Clarke’s proposal, and it’s unclear how the proposal would relate to the initiative.