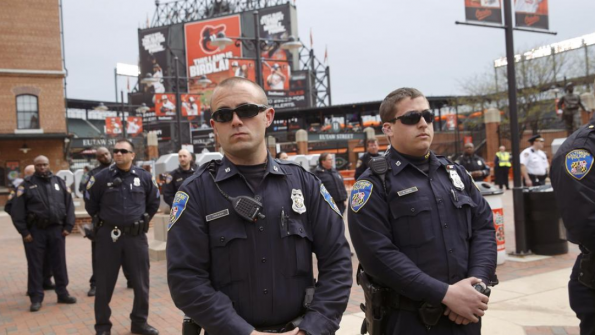 Baltimore’s new Mayor, Catherine Pugh, says she is impatient for crime rates to improve in her city, but feels confident that by appointing new leadership in the police department, conditions will improve.

Baltimore’s new Mayor, Catherine Pugh, says she is impatient for crime rates to improve in her city, but feels confident that by appointing new leadership in the police department, conditions will improve.

“For too long we have endured levels of violent crime that have caused many to live in fear and dread at the prospect of what might befall a son or daughter coming from or going to school, work or a neighborhood market,” Pugh penned in an editorial for The Baltimore Sun. “[This] is why I determined the need to appoint new leadership at police headquarters. Commissioner-Designate Darryl De Sousa is an officer who has spent the past 30 years in our neighborhoods and on our streets dealing with crime as well as the conditions that fuel it.”

On Jan. 19, Pugh announced that she had fired former Police Commissioner Kevin Davis and replaced him with De Sousa, according to The Sun.

Baltimore has the nation’s highest murder rate of cities its size, and has been searching for solutions for years, according to The New York Times. De Sousa will be the third commissioner appointed in Baltimore over a five-year period.

The new commissioner will have to deal with a host of problems his predecessors were unable to solve, The New York Times reports, including a near-total mistrust of police in certain neighborhoods. Although areas of the city that were once crime-ridden, such as the Inner Harbor, are on the rebound, many more remain violent and lawless.

However, not everyone is convinced more boots on the ground will solve Baltimore’s problems. “People are not used to having a relationship with the police department where we see them as a helping resource,” Erricka Bridgeford, an influential community activist and one of the organizers of Baltimore Ceasefire, an anti-violence group, told The New York Times. “The challenge is really finding a way to build trust with individuals.”

Internally, the De Sousa’s appointment has created ripple effects. According to the Associated Press, two high-ranking public safety officials, who were in charge of instituting reforms under former Commissioner Davis have resigned following his ouster.

Deputy Commissioner Jason Johnson, who led the Strategic Services Bureau and oversaw reforms in professional accountability, technology and training methods has left the department, the AP reports. Chief Ganesha Martin, who led the Department of Justice Compliance, Accountability and External Affairs Division which helps the city maintain its consent decree with the U.S. Department of Justice has also resigned.

De Sousa said in a statement that he accepted the two resignations with gratitude, and said he is defining a new organizational structure in their absence, the AP reports.

Other city officials are excited about the shake-up. “I stand firmly behind Mayor Pugh’s decision to appoint 30-year veteran Darryl De Sousa as Baltimore’s Police Commissioner-Designate," City Council President Jack Young told The Sun. “I have known Darryl for a very long time, and I believe his appointment will be greeted warmly throughout the police department and the City of Baltimore.”