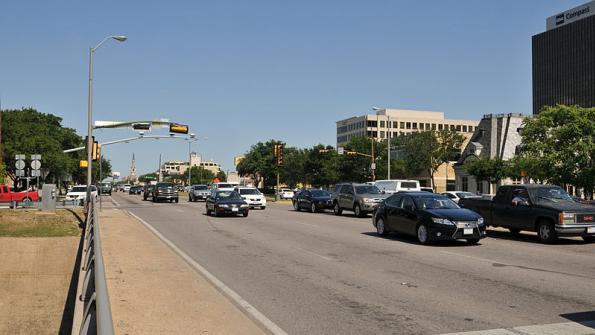 A few large cities are starting the new year with major announcements for smart city initiatives.

A few large cities are starting the new year with major announcements for smart city initiatives.

Atlanta released an RFP on Dec. 29 that included several potential projects for vendors, StateScoop reports. The application process closes on Jan. 25, but the RFP has a lot of room for participation from vendors across many industries. Among the requests are smart lighting and utility poles that gather environmental data, interactive kiosks, fiber optics for internet access, antennas for 5G wireless internet, a new management system for city vehicles and smart traffic infrastructure, according StateScoop.

The reason for the RFP stems from the city’s growing population.

“These increases create new challenges in handling street traffic, foot traffic, and data traffic, as well ensuring a safe and sustainable environment for the city's residents and businesses," the Atlanta RFP reads, per StateScoop. "Technological advances in fiber, wireless, sensors, big data analytics, and connected devices have created avenues for the city to meet those demands."

Other cities have moved forward with more specific projects. While staying with the same vendor, Philadelphia’s 911 system has been upgraded to Airbus DS Communications’ new VESTA 9-1-1 Call Handling solution, according to an Airbus news release.

This new system will allow Philadelphia to transition into Next Generation 911 (NG9-1-1), which upgrades analog public safety answering points (PSAPs) to digital, per 911.gov. NG9-1-1 improves the reliability, speed and resilience of 911 networks, while allowing the public to send voice messages, text messages, photos and videos through the 911 network.

“We commend Philadelphia for its commitment to ensuring the safety and wellbeing of all who live in or visit the City of Brotherly Love,” Airbus DS Communications Senior Regional Account Manager Ken Shuler said in the release.

Dallas, meanwhile, has selected technology company Ericsson to install a new traffic management system, the Dallas Business Journal reports. The new system lets officials analyze real-time data and watch live video of accidents. Officials will also be able to share that data and video with other city agencies and use that data to control traffic lights, message signs and school flashers.

“Ericsson’s solution offers a lot of potential through the modernization our traffic management technology,” Dallas Chief Information Officer Bill Finch said, according to the Business Journal. “It is from this technology that we will derive more robust data, that leads to greater business intelligence, which in turn enhances our application.”