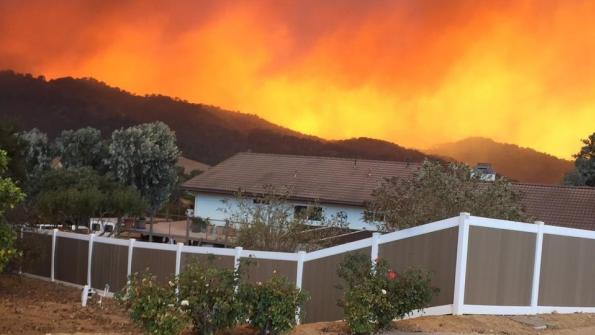 As wildfires continue to sweep across California, issues concerning emergency communications with the Spanish-speaking population have surfaced.

As wildfires continue to sweep across California, issues concerning emergency communications with the Spanish-speaking population have surfaced.

Since igniting on Dec. 4, the Thomas fire has burned over 370 square miles — 236,800 acres — and has only been contained 25 percent, according to Newsweek. The fire has predominantly burned Los Angeles, Santa Barbara and Ventura Counties.

With about 45 percent of their population being Latino, Santa Barbara County, Calif., officials have sought to communicate emergency-related messages in both English and Spanish throughout the Thomas fire, the Los Angeles Times reports. Although the county’s Facebook and Twitter accounts usually post in English, both have put out messages in English and Spanish throughout the wildfire.

“We’re really moving toward an effort to support our Spanish-speaking audience with information countywide,” Gina DePinto, Santa Barbara County’s communications manager, told the Times. “They should be able to go to a place where they can learn about everything else that we do in English. All the public notices, public information, public health information, what is going on in our county.”

During the first week that the wildfire scorched Sonoma County, Calif., officials struggled to push out timely alerts and information in both English and Spanish, the Peninsula Press reports. Local Spanish radio stations provided consistent emergency messaging to listeners as a response.

Amid the county’s struggles, the California Department of Health and Human Services published a guide to bilingual disaster assistance after the county reached out to the department for such information, the Press reports.

As Napa County, Calif. was burning on Oct. 8, county leaders communicated to the populace exclusively in English, despite 30 percent of the population being Latino or Hispanic, the Napa Valley Register reports. It was only after receiving input that officials began relaying messages in Spanish as well.

County officials have relied on the Nixle app to issue emergency communications messages to their citizens, per the Register. While messages had previously been issued in Spanish, that was an opt-in service, and the translation service often got translations wrong. However, by Oct. 11, local organizations began helping Napa County officials translate their emergency messages.

“In any disaster, we’re always going to have improvements to be made,” Napa County Board of Supervisors Chairwoman Belia Ramos said, per the Register. “We all learned from this scenario.”

A potential solution to these issues may be creating separate channels for English and Spanish communication in areas with large Spanish-speaking populations. Santa Barbara County plans to introduce Spanish-specific Facebook and Twitter accounts next year, according to the Times.

“Until we have those Spanish-only channels, during emergencies especially, it’s critical that we get the information out,” DePinto told the Times. “We’re doing the best we can I guess, until we have Spanish only. For me the question is, why wouldn’t we?”