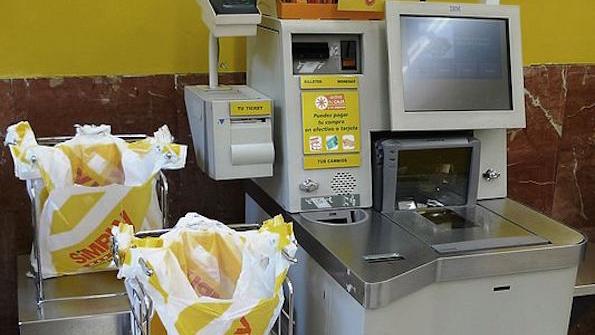 Several New England cities have either passed bans on plastic retail bags and containers or had such regulations instated this month.

Several New England cities have either passed bans on plastic retail bags and containers or had such regulations instated this month.

Newport, R.I. and Middletown, R.I., had approved bans on plastic bags in March and May respectively, according to the Newport Daily News. Both municipalities’ ordinances went into effect Nov. 1. Both ordinances prohibit retailers from putting purchased items into plastic bags, with some exceptions. However, the retailers who qualify for the exceptions must have onsite recycling receptacles.

Reactions to the ordinances and to the new paper bags that many retailers use have been mixed in both cities, the Daily News reports.

Cape Elizabeth, Maine, approved an ordinance in early November that mandates most stores to charge 5 cents for every single-use carry-out bag, the Portland Press-Herald reports. The ordinance also includes prohibition for stores and restaurants that sell prepared food on polystyrene foam containers. The ordinance will go into effect on Dec. 6.

On Nov. 29, the city council of the region’s biggest municipality, Boston, approved a single-use plastic bag ban for stores, pharmacies and restaurants, according to Boston TV station WCVB. Any other kind of bag provided by affected businesses would cost 5 cents or more. Some businesses could apply for a one-year exemption on the ordinance, which Boston Mayor Marty Walsh is reviewing.

While all three states already had municipalities that passed such ordinances, Brattleboro, Vt., became the first Vermont municipality to pass an ordinance that requires stores and restaurants to only use reusable bags, paper bags or compostable plastic bags on Nov. 21, the Keene Sentinel reports. The ordinance would take effect in July 2018.

Unlike the Rhode Island ordinances, a resident named Tim Maciel who spearheaded the ordinance’s passing through a petition told the Sentinel that, “We got an overwhelming response from the citizens of Brattleboro.”

As of July, only Hawaii and California had statewide plastic bag bans, according to the National Conference of State Legislatures. But some believe that Brattleboro’s ordinance could have paved the way for Vermont to join the two states. Two bills have been introduced in the Vermont state legislature that would either tax plastic bans or ban them altogether, and a statewide group is being organized to support the ban bill, the Bratleboro Reformer reports.

“It wouldn't be the end of the world as some of the business retailers suggested when we started to take testimony," Vermont State Rep. Mike Mrowicki, who introduced the ban bill, told the Reformer. He added that his bill could be “a good selling point for Vermont and enhance our reputation as a green state."