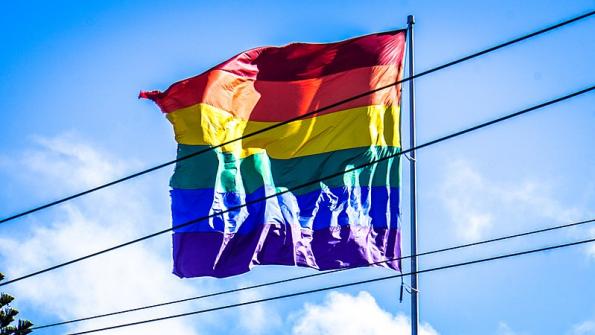 After its newest two members are sworn in, Palm Springs, Calif’s city council will be entirely LGBTQ.

After its newest two members are sworn in, Palm Springs, Calif’s city council will be entirely LGBTQ.

Upon winning a council seat on Nov. 14, Lisa Middleton made history as being the first openly transgender person to be elected to a nonjudicial position in California, according to the New York Daily News. Christy Holster, who identifies as bisexual, won another city council seat in the election that day.

Middleton and Holstege will join Palm Spring’s openly gay mayor and two openly gay council members on the city council, The Los Angeles Times reports. Neither Holstege nor Middleton made their identities focal points of their campaigns.

“We really focused on local issues, we are not running because of those identities,” Holstege told the Times. “But it is still historic for the movement. I do think representation matters, and we should continue to be a model city for civil rights.”

The Coachella Valley city of 47,000 has long been associated as a haven for the LGBTQ community. Palm Springs is ranked first in California and third in the U.S. as the having the most same-sex couples per 1,000 households, the Times reports.

“The city has changed a great deal in the last decade, but regardless of party it’s very accepting of LGBT people,” Palm Springs Council Member Geoff Kors told the Desert Sun. “And that’s evident in the fact that the candidates who won, their sexual orientation and gender identity was never really an issue.”

Middleton plans on keeping her city council agenda similar to her campaign agenda. “What I intend to do is stick to the important issues of local municipal government,” she told the Times. “None of those issues have anything to do with one’s sexuality or one’s gender identity.”

Holstege and Middleton’s wins follows an Election Day in which multiple transgender lawmakers were elected, including two Minneapolis city council members and a Virginia state delegate.