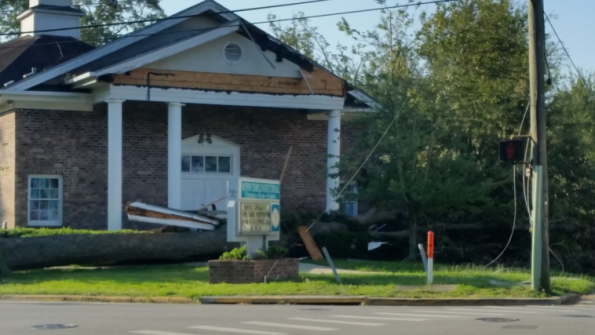 A former Tallahassee, Fla., employee has filed a lawsuit that accuses the city of playing favorites when restoring power after Hurricane Hermine struck the city in September 2016.

A former Tallahassee, Fla., employee has filed a lawsuit against the city and general manager of electric utilities, accusing the city of playing favorites when restoring power after Hurricane Hermine struck the city in September 2016.

Plaintiff Clifford Smith worked for Tallahassee for almost two years and was laid off earlier in 2017 with many other employees to make up for a budget deficit, according to Tallahassee TV station WCTV. In the 27-page lawsuit, he claims the city prioritized power restoration for city employees and officials’ families and friends over the actual need of citizens, according to Florida TV station WTXL.

Smith also claims that he received repeated text messages providing him addresses and ordering him to give special attention to those addresses, over other areas of the city, according to WCTV.

In a related item, Smith also claims that Electric Utility General Manager Robert McGarrah vowed in front of him that Florida Gov. Rick Scott would “be the last SOB in the city to get power,” per WTXL. Scott harshly criticized the city’s electric repairs after Hermine, the Tallahassee Democrat reports.

About five days after the hurricane made landfall, Smith received a call that the power was failing at the governor’s mansion, the Democrat reports.

“After being unable to reach Mr. McGarrah, [Smith] dispatched crews to the Governor’s Mansion to restore power, a decision which was received in a hostile manner once Mr. McGarrah became aware of the same," the lawsuit reads, per the Democrat. "During this time (Smith) also witnessed Mr. McGarrah turning away (outside) investor-owned restoration crews.”

Smith also made further allegations in the lawsuit, including eminent domain manipulation and irregular hiring practices, according to the Democrat.

About a dozen other ex-employees who were laid off this summer are filing another lawsuit against the city, the Democrat reports. “They blew the whistle from safety violations to improprieties in working on city officials’ property,” their lawyer, Marie Mattox, told the Democrat.

Tallahassee Mayor Andrew Gillum, also a Florida gubernatorial candidate, responded with a statement that he will review any evidence that the city receives, the Democrat reports.

"While the source of these accusations is an employee who was terminated from his position at the city almost a year after Hurricane Hermine, I still take any talk of wrongdoing very seriously," Gillum said, per the Democrat.