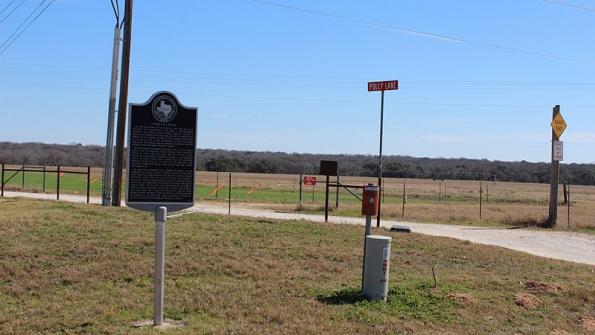 A gunman who shot at a crowd at the First Baptist Church in Sutherland Springs, Texas — an unincorporated community east of San Antonio in Wilson County — left 26 dead and 20 injured, according to CBS News. The youngest victim was one year old, according to CNN.

“It’s something we all say does not happen in small communities, although we found out today it does,” Wilson County, Texas, Sheriff Joe Tackitt told the New York Times.

A person residing the church shot at the shooter when he emerged from the church, according to USA Today. The resident and another nearby motorist gave chase to the shooter, while the nearby motorist notified public safety officials of what was going on during the chase. The gunman eventually lost control of his car and crashed, dying at the scene.

Mayors across the nation expressed horror at the shooting, with many acknowledging the ongoing nature of the investigation.

“Our community stands with Wilson County in prayer,” San Antonio Mayor Ron Nuremberg said in a statement. “To have such a violent act occur in a place of worship magnifies the pain for communities at large. San Antonio holds our neighbors in prayer.”

“Our hearts are broken by the senseless gun violence that took so many lives today in Sutherland Springs. I join all Angelenos in grieving for the victims at First Baptist Church, and pray that the survivors find comfort and healing in the midst of this awful tragedy,” wrote Los Angeles Mayor Eric Garcetti on Nov. 5.

“The City of Atlanta offers its full support to the people of Sutherland Springs and the State of Texas in the wake of this tragedy. We hold you in our hearts, and we share your grief,” Atlanta Mayor Kasim Reed wrote. “May God bless and watch over us all in this time of great sadness.”

Carolyn Goodman, the mayor of Las Vegas — which experienced the worst mass shooting in modern American history — tweeted her support for victims. “With our greatest sorrow and compassion. Las Vegas stands with you with our hearts broken and ready to help in anyway we can. #SutherlandSprings,” she wrote, per the New York Post.