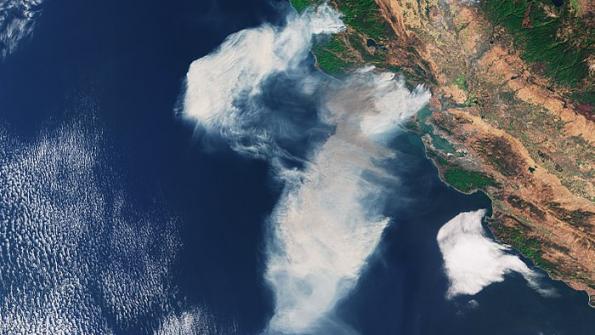 Local fire authorities across California have designated numerous firefighters and equipment for combating the massive wildfires raging across the California wine country.

Local fire authorities across California have designated numerous firefighters and equipment for combating the massive wildfires raging across the California wine country.

As of Oct. 11, 22 wildfires had destroyed 170,000 acres and killed at least 21 people in northern California, NPR reports. "Make no mistake," Cal Fire Director Ken Pimlott said in an update, per NPR. "This is a serious, critical, catastrophic event."

Pimlott mentioned that nearly 8,000 firefighters are combating the fire, with multiple aircraft, NPR reports. Multiple counties’ and cities’ fire crews are among the 8,000.

The Stockton, Calif. Fire Department sent six of its members to aid in combating the wildfires, and fire departments across San Joaquin County have sent multiple strike teams to deal with the fires, according to Recordnet.com.

Marin County Fire Department as well as other municipal and local fire departments within the county have sent 25 engines to help in the efforts in Sonoma County, which has been among the hardest hit areas, Marinij.com reports. While the county hasn’t depleted all of its resources, the wildfires have set it back some.

“We’re still well-equipped in Marin to handle initial attack fires,” Marin County Fire Chief Jason Weber told Marinij.com. “We have about 30 engines staffed here in Marin. But because of the drawdown of hand crews, aircraft and bulldozers — as you can imagine with this many fires of this magnitude — we’re at a significant regional resource drawdown.”

“If we have any new fire start in the North Bay,” he continued, “we have pretty limited resources in the region.”

Meanwhile, San Rafael, Calif. has sent five fire engines and an ambulance to help out with the Sonoma County and Napa County fires, per Marinij.com.

Some firefighters for San Rafael, Marin County and other fire departments haven’t been able to report for duty because they live in affected counties and were dealing with personal crises, according to Marinij.com.

“We’re just at this point starting to transition from evacuation and saving lives to starting perimeter control,” Weber said. “Perimeter control has had to take a backseat to getting people out of their houses and neighborhoods alive.”

It’s unclear when the fires will stop, as winds picked up and pushed the wildfires out further on Wednesday, the Washington Post reports.

“This is just pure devastation and it’s going to take us a while to get out and comb through all of this,” Pimlott said, per the Post.