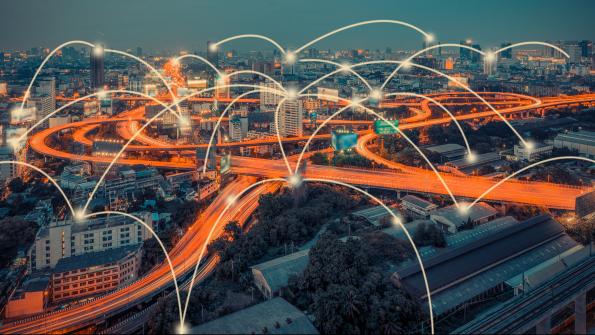 Although the issue is often overlooked, cities will need smarter buildings in order to truly thrive in modernity.

Smart cities and smart buildings have always been discussed as somewhat separate topics. One falls under the public domain, while the other mostly falls under the private domain. Even in the public sector, buildings are rarely seen as part of the municipality’s overall smart building strategy. At the end of the day, though, a city is mainly composed of buildings, so what role does a smart building have in a smart city? A better understanding of each is needed to understand the relationship and potential for interconnectivity.

Typically, a smart city starts with a government-funded initiative to connect infrastructure into a monitoring-based network of information. Monitoring with the purpose of measurement sets the foundation for a smart city, while control is the end goal. There is unlimited infrastructure monitoring related to the power grid, water supply, street maintenance, city lighting and security. The increased accessibility and sophistication —as well as falling costs of IoT devices— is making it easier to make monitoring capabilities more widespread.

One example of this is San Diego’s $30 million streetlight upgrade with General Electric. In addition to being able to control streetlights remotely to reduce energy and detect outages, the lights are equipped with cameras and microphones that can serve to improve traffic and mitigate crime. While this program started to come to fruition this year, a project like this takes years to coordinate. Much of the funds for smart cities are mostly going to engineering professionals and consultants for research. So, while it may not seem like a city is being proactive when it comes to smart city initiatives, most likely major steps are being taken behind the scenes.

What constitutes a smart building is essentially the same as a smart city. It comes down to what gets measured and can then be streamlined, fixed or improved upon. Raw data points —from internal sources such as building sensors and external sources such humidity and temperature— can be combined to create information and knowledge.  In turn, knowledge can be combined to forecast or institute change, whether reducing energy usage, improving tenant comfort, or more.

However, the influx of data can be information overload for a facilities team that already has an abundant to-do list creating a premium on their time. This is what makes a solution like an IoT-based, intelligent energy management platform so critical. This technology can sit on top of a building’s building management system (BMS) and uses it as a data source in combination with external variables, such as weather forecasts and energy pricing, to bridge the gap between monitoring and action. Through cloud computing, machine leading, and advanced modeling, this technology can implement closed-loop control of a system or provide actionable data. This strategy leverages existing infrastructure and applies the required intelligence in a way that doesn’t disrupt existing operations or requires high upfront capital. It also allows for communication with the local utility to participate in energy initiatives that extend beyond just a single building to the entire city.

Waterfront Station, a mixed-use building complex in the heart of Washington D.C., is an example of one such government facility that has embraced this strategy. Two buildings within the complex, 340,000 sq. ft. and 295,000 sq. ft. respectively, were facing difficulties managing tenant comfort based on heating and cooling operations. The solution was to implement an IoT-enabled platform to create a thermal model of the building based on internal and external variables. By analyzing operational data, the platform uncovered that two different components within the HVAC system had conflicting set-points and were essentially fighting with each other, causing a drain on energy and uncomfortable peaks and drops in temperature for occupants. From this analysis, a plan of action to implement greater zone control was created and deployed. Over nine months this new strategy achieved an 8.9 percent and a 4.2 percent energy drop in the respective buildings. The journey started with data collection, moved to analysis and ended with action. With the new platform in place, the building could even move beyond fault detection and start utilizing closed-loop control of the HVAC system.

The Intersection of smart cities and smart buildings

Utilities need to play a major role in the business justification that drives smart buildings into the ecosystem of smart cities through various incentivized programs. The antecedent of grid management and networking buildings together (e.g. a smart city) exists today to support demand response programs —aimed to curtail energy usage when the utility is nearing capacity on hot summer days during peak demand hours. As the common link, utility programs will be an interesting proving ground for how smart city infrastructure and smart buildings can interact.

Another key driver is an increasingly strategic view of energy use in commercial buildings. Instead of a cost of doing business, smart companies are looking to leverage their energy use as an asset that impacts productivity, recruiting, employee health, and of course costs. This is particularly applicable to the government sector as they often play the dual role of building owners and tenants. Taken together, there are both intrinsic and extrinsic drivers that help drive smarter buildings and their conglomeration into smart cities. It’s unclear how integrated smart buildings and the city will become. It will be a long journey, but a very interesting one as we all have a stake in the end result.

Terrence McManus is Vice President of Business Development at BuildingIQ. He’s a pioneer in the development of enterprise-level, web-based (SaaS) applications. In the late 1990s, Terrence founded Northwrite, a provider of a work flow, maintenance, security, energy metering, and building control solutions. The company was acquired by BuildingIQ in 2016.