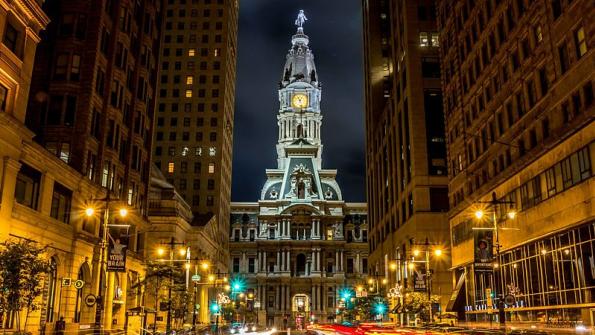 The Philadelphia city council’s first meeting back after its summer break was anything but routine.

The Philadelphia city council’s first meeting back after its summer break was anything but routine.

During the public comment portion of council proceedings on Sept. 14, a Philadelphia man, Carnell Williams-Carney recounted how a police officer — who recently shot and killed a man running from a traffic stop — had shot him in the back in 2010, paralyzing him, the Philadelphia Inquirer reports.  The Philadelphia Police Commissioner has noted that the officer would be fired, but some are calling for him to be charged with murder.

“By the grace of God, I didn’t die, but I would not like my voice to not go unheard,” Williams-Carney said, per CBS Philly.

Over a dozen other activists gradually began increasing the volume of their protests for better relations between community police and the black community, Philadelphia TV station NBC 10 reports. Profanities were shouted as proceedings were interrupted, and deputies said several protesters threatened council members with demands for change, CBS Philly reports.

“If you want to speak you can do that. If you determine that you’re going to disrupt the council session, under the law, you’re not able to continue to do that,” Council President Darrell Clarke said, per CBS Philly.

Activist demanding Philly City Council introduce their bill for civilian oversight of police get hauled out of public meeting. pic.twitter.com/SMK8cUMSEJ

As anger rose and protests grew louder, deputies surrounded a group of protesters and led them out of the room, according to NBC 10 and CBS Philly. “It started to get out of control and they started to talk about it would be a revolution,” Sheriff Jewell Williams told CBS Philly.

Clarke has introduced a bill that would raise the budget of a civilian watchdog group for the Philadelphia Police Department by $100,000, according to NBC 10. Voters would need to approve the bill next year, the Inquirer reports.

"Vengeance is easy and small. Vendettas are petty," Clarke said in a later statement, per the Inquirer. "What Mr. Williams-Carney and those with him today seek is far more difficult, will take collaboration and hard work by all of us: We need and deserve authorities we can trust with our bodies and our lives."