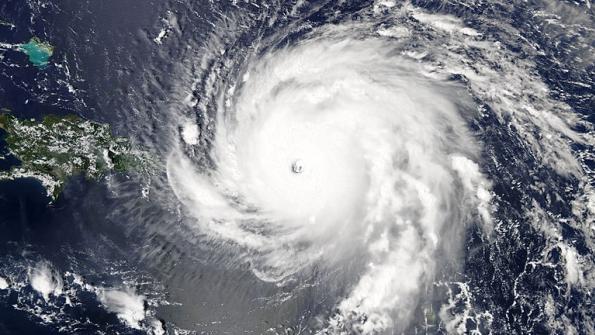 As Florida governments respond to Irma, others prepare for storm

As Hurricane Irma has swept through Florida, cities have taken measured action to uphold order in their jurisdictions. At the same time, other governments across the southeast that are anticipating Irma’s arrival have made preparations for the dangerous storm.

As Hurricane Irma has swept through Florida, cities have taken measured action to uphold order in their jurisdictions. At the same time, other governments across the southeast that are anticipating Irma’s arrival have made preparations for the dangerous storm.

Hurricane Irma, one of the most powerful hurricanes in history, made landfall in the Florida Keys on Sept. 10 after ravaging islands across the Caribbean, according to the Washington Post. Now downgraded to a tropical storm, the hurricane is currently making its way through north Florida and into south Georgia.

Florida cities like Miami and Doral have extended curfews to ensure that their residents remain safe, the Miami Herald reports. Miami Beach took the matter a step further by banning cars from entering the city until Sept. 12 at noon, blocking all city entry points. For people who have remained in the area, Miami-Dade County has opened 43 shelters for hurricane victims, marking the most it has ever opened, the Herald reports.

Concerned for their own safety however, some first responders stopped responding to service and emergency calls around Sept. 10. Advising the public on Twitter to “Stay indoors, DO NOT venture out,” Such governments include Miami-Dade, Polk, Hillsborough, Collier and Pasco Counties as well as the cities of Largo, Immokalee, St. Petersburg and Miami Beach, according to CNN, the Herald, the Naples Daily News, Time magazine and Tampa TV station WTSP. Some Miami police have nevertheless investigated reports of looting and detained suspects, with some city police patrolling the streets in the process, according to the Herald.

It’s become a frustrating exercise, first responders say. ”We're basically just here waiting, and that's the hard part," Thomas Manning, a driver and engineer with the Immokalee Fire Control District, told the Daily News while holed up inside Immokalee Technical College. "It just stinks. You're sitting here not be able to do your job," Billy Johnston, a firefighter paramedic with St. Petersburg Fire Rescue, told CNN. "And we got into this job to help people."

As Irma makes its way up north, cities and counties along the east coast have made preparations for the storm. The department of watershed management for Atlanta, which is under a tropical storm warning, has cleared debris from 152 storm drains throughout the city, while coordinating with its public works department to make sure that stream beds are cleared of debris, according to Atlanta Patch. Savannah, Ga., has made similar preparations, cleaning debris from storm drains and canals and preparing pump stations, Savannah TV station WSAV reports.

Other cities like Charlotte, N.C., have worked to ensure that the storm won’t affect water and wastewater services, Fox 46 Charlotte reports. While Charlotte-Mecklenburg Emergency Management is monitoring Irma, Charlotte Water has filled its fuel tanks, serviced equipment and supplies and ensured that facilities will be protected against wind and flooding damage.

“We hope the damage from the storm will be minimal, but we need to be prepared to respond as efficiently as possible if conditions deteriorate,” Brookhaven City Manager Christian Sigman told the Daily Journal.