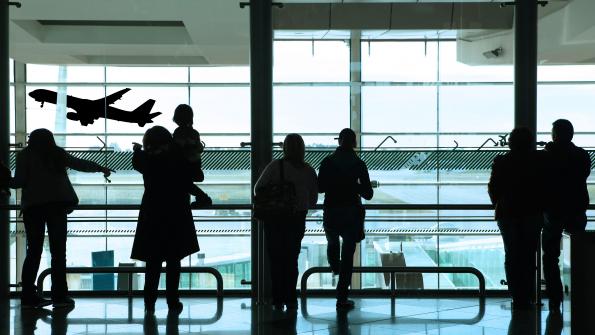 The OnBase enterprise information platform has helped streamline the Customs and Border Protection (CBP) application process at the Houston (Texas) Airport System, which includes three airports. The system is an international hub.

The platform has helped speed completion of the application process that grants agents and airport employees access to international terminals at the three airports.

Through the platform, airport managers were able to convert the former paper CBP application to a digital application, then linking it with workflow to automate the steps for CBP approval. Using the electronic workflow, the Houston Airports cut processing time from a four-week turnaround to 48 hours.

By taking the information from its online application and linking it with existing employee data, the airport can now send a finalized application packet to CBP for approval in about two days. The new electronic process decreased the amount of time it took to gain CBP access by 92 percent. The airport system implemented its OnBase CBP Solution in the summer of 2015.

“We faced a nearly impossible task – convert an information-heavy process that once took up to four weeks, into a digital process within 60 days,” says Lisa Kent, Houston’s CIO. “Our amazing team and Hyland’s OnBase experts were able configure and build the digital application in about two and a half weeks, completing more than 2,000 employee credentials in 45 days.”

— Extended geolocation functionality across the platform;

— Changes to the platform's electronic forms capabilities, giving administrators more flexibility when it comes to design and management;

— Enhancements to purpose-built integrations for DocuSign, Guidewire, Esri, AutoCAD and SAP; and

— Improvements to make it easy for organizations to implement two-factor authentication for enhanced security.

The Houston Airport System continues to think of new ways to improve its services. The next step in the evolution of its CBP credentialing process will be to incorporate e-signatures, using the OnBase integration with DocuSign, to achieve greater automation.

Go here for more information on OnBase by Hyland.