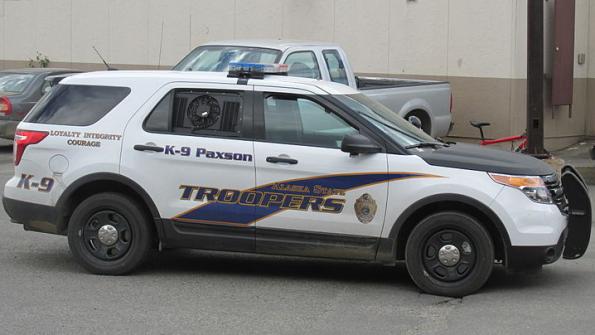 A rural Alaska town lost its entire police force within a month, and it's struggling to attract new officers to uphold public safety.

A rural Alaska town lost its entire police force within a month, and it's struggling to attract new officers to uphold public safety.

At the beginning of July, the Aleutian Island town of Sand Point, Alaska (pop: 1,044), had three police officers and a police chief, according to Anchorage, Alaska, TV station KTUU. However, all four resigned within the month of July, leaving the city without police between July 21 and July 23.

Two of the officers — a husband and wife — left the force to take care of family issues, according to Alaska Dispatch News. Another officer left to be closer to his spouse in the military. During this time, the police chief had planned on taking a monthlong vacation to Scotland.

“There was sort of a mutual understanding that if he left to go for a month-long journey — leaving the community with no law enforcement — that if he came back, he would not be an employee of the city,” Sand Point City Administrator Andy Varner told Alaska public radio station KUCB. “Within a day or two, he had turned in his resignation.”

The three day period the city went without police officers occurred during the summer’s fishing and processing season, during which the town’s population grows by several hundred, Alaska Dispatch News reports.

However, the city issued a PSA urging the city to remain calm, according to Alaska Dispatch News. The city’s 911 systems stayed in place, and no major police incidents were reported.

A region state trooper flew to the city on July 24, and the city hired an interim police chief, Hal Henning, on July 27, KTUU reports. Henning has overseen the city police’s logistics, and he’s fielded 911 calls.

"It [hiring] could take two months. It could take four months. But if we get the right applicant that makes a lot of sense for Sand Point, it could be a shorter time-frame," Varner told KTUU. "We will have additional interim officer help showing up in a week or so."

The city’s predicament highlights a problem that’s central to rural towns across the U.S. and especially in Alaska — hiring and retaining local government agency talent.

“It is emblematic of small, rural Alaska having problems, especially in attracting and retaining trained and qualified people, specifically for these kinds of specialized positions,” Bob Griffiths, executive director of the Alaska Police Standards Council, told the Associated Press. “It is not as difficult for communities who have a better financial base as it is for ones who are struggling financially — as in 90 percent of most of rural Alaska.”

Varner has acknowledged that the city has lost police officers before, KUCB reports. However, round trip tickets to Anchorage from Sand Point can cost over $1,000. Providing compensation and  flexibility can be difficult for the city, but Varner isn’t worried about the city’s situation.

“We haven’t hit desperation mode yet, but if we don’t have any officers or a new chief within a couple months, then I think we would worry,” he told KUCB.