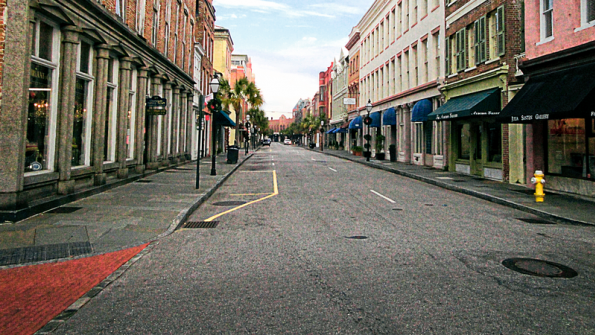 A decade-long, unfinished highway construction project culminating in a state bank's vote to scrap the project has led a South Carolina county to sue the bank for breach of contract.

A decade-long, unfinished highway construction project culminating in a state bank's vote to scrap the project has led a South Carolina county to sue the bank for breach of contract.

The lawsuit, which was filed with the South Carolina Supreme Court, comes after the SIB pledged $420 million about 10 years ago to complete part of the I-526 called the Mark Clark Expressway, according to Charleston AM radio station WTMA. Now, the project is estimated at costing $725 million.

Last year, the SIB requested a plan from Charleston County on how the funding gap would be addressed, the Charleston Post and Courier reports. The county issued a resolution that cited several potential monetary sources. However, the bank voted to unwind the project in May 2016.

“How do you negotiate when the status is a terminated contract,” County Council Chairman Vic Rawl told Charleston TV station ABC News 4. "And yet we’re certainly willing to negotiate to keep the project online or to complete the project. So it’s really a conundrum."

The county council decided to pursue legal action against the SIB behind closed doors, without voting to go to court, the Post and Courier reports.

"Rather than wait, it looks like we pulled the trigger," State Sen. Sandy Senn told the Post and Courier. "That surprised me a little bit, but at the same time, I want to get the show on the road.”

The I-526 completion would bring it onto John’s Island, which critics argue would interfere with the island’s rustic and natural atmosphere, WTMA reports. Supporters of the completion claim it would aid in relieving traffic congestion and would support safe evacuation routes.

“Are we stopping negotiations? No, we're not," Rawl told the Post and Courier. "Do we wish to try to resolve this dispute as soon as possible and get this project back on track? Of course.”