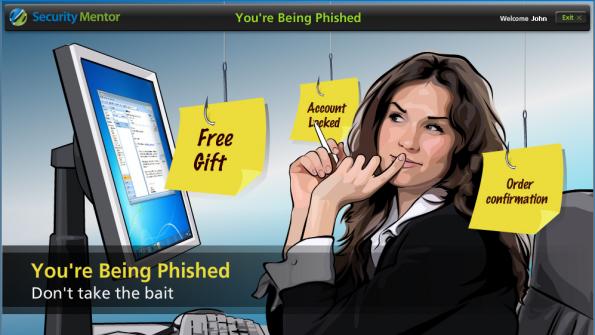 Missouri officials recognized early on that employees play an important role in securing the state’s most sensitive information. Government officials selected Security Mentor as its security awareness training and education program provider in July 2015. The training is available to the state’s 40,000+ employees. The training is helping Missouri reach its goal of becoming a model and national leader in cybersecurity awareness.

“Our employees can have a major impact in fighting cyber-attacks. But, in order for them to really change their behaviors, we needed to make security awareness education part of our corporate culture,” says Michael Roling, the state’s Chief Information Security Officer. “We needed a comprehensive program that was engaging, fun and that kept security at the forefront of employee’s minds. Security Mentor was the solution we needed.

Since instituting the program, Roling says supervisors have seen a major shift in culture around security. “It’s the interactivity and delivery method that is the secret sauce that Security Mentor has that separates them from the competition,” Roling adds.

According to Roling, the training vendor has helped lower the state’s end-user risk across the board. “Our end users have become the best detection system that we have in our security stack. As we have been making them more aware, they are uncovering more,” Roling says. “Our end users are not afraid to let us know about concerns they are finding. Security Mentor has really brought down any communication barrier there may have been in the past.”

The training focuses on security threats that people experience in their everyday lives. The program also creates insightful and engaging lessons that promote interactive learning. Through the offering, Missouri employees have become savvy on security issues. “I’m ecstatic with the progress I’ve seen thanks to this program. Security Mentor is clearly helping enhance the overall security posture of the state of Missouri,” Roling says.

Eight months after its rollout, more than 85 percent of employees have participated in Security Mentor training. That’s a noteworthy achievement, according to Roling.  “Once we switched to Security Mentor, we received compliments for the first time ever from our employees on our security awareness training.”

State managers, including Roling, are confident in the effectiveness of the current training program. “No longer do I have to repurpose staff hours to focus in on whether or not our security training program is working. I can devote precious time to other things. Establishing a partnership with a company like Security Mentor to lighten our burden has been amazing,” Roling says.