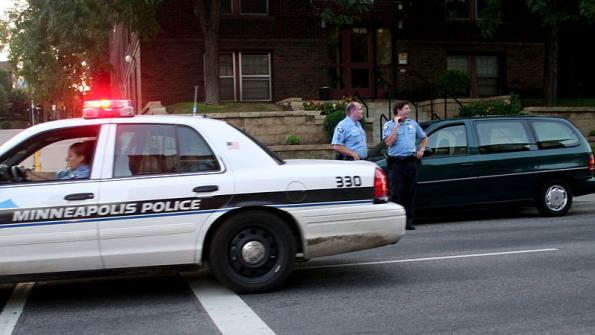 A Minneapolis police officer who recently shot a woman by her house was wearing a body camera but didn’t have it turned on. His partner was also wearing a deactivated camera.

A Minneapolis police officer who recently shot a woman by her house was wearing a body camera but didn’t have it turned on. His partner was also wearing a deactivated camera.

While details about the case are still emerging, city officials have questions. “I don’t know why the body cameras weren’t on. That’s one of the questions I share with the world,” Minneapolis Mayor Betsy Hodges said on Tuesday, according to CBS Minnesota.

On the night of July 15, two Minneapolis police officers responded to a 911 call about a potential assault in the city, according to MPR News. The caller, Justine Ruszczyk (who went by Justine Damond professionally) approached the officers in their car once they arrived, according to Vox and MPR News.

At some point when Rusczyk was standing by the driver’s side window, the officer in the passenger seat shot and killed Rusczyk, Vox reports. No weapons were found at the scene.

The incident is the Minneapolis Police Department’s first fatal police shooting since it began equipping officers with body cameras last year, according to NPR. The involved officers have since been put on administrative leave.

“We have a lengthy policy that we put into place,” Hodges said on Tuesday, CBS Minnesota reports. “I fought hard to get body cameras, they are a very potent tool, they are not an infallible one, we but made sure that the community was very involved in helping draft the body camera policy, and there is a very lengthy section about when it should be on and when it should be off.”

The Minnesota Bureau of Criminal Apprehension (BCA) is currently investigating the incident, MPR News reports. The BCA noted in a statement that the police department will have to determine if the officers violated the department’s body camera policies, according to the Minneapolis Star Tribune.

“If a BWC [body-worn camera] is not activated prior to a use of force, it shall be activated as soon as it is safe to do so,” the manual says, per NPR.

More extensive details of the incident have not yet emerged, multiple outlets report.

“I have many of the same questions and it is why we immediately asked for an external and independent investigation into the officer-involved shooting death,” Minneapolis Police Chief Janeé Harteau said in a statement, per MPR News.

The case has reached international attention, since Rusczyk was originally from Australia and had family there, Vox reports.

The nearby Duluth (Minn.) Police Department has used body cameras since 2014, and an officer from the department praised the devices days after the incident, according to Duluth TV station Fox21.