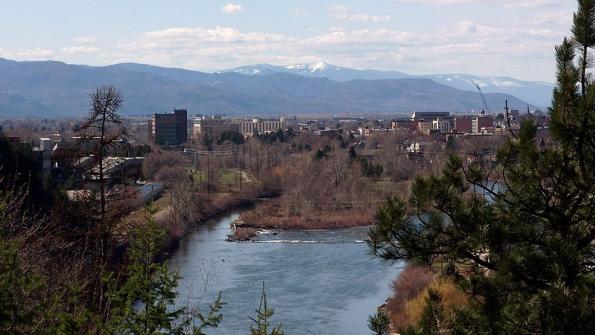 Concluding a process that took over three years, on June 22, the Missoula, Mont., government paid over $90 million to take control of a local water utility and bring its residents public water.

Concluding a process that took over three years, on June 22, the Missoula, Mont., government paid over $90 million to take control of a local water utility and bring its residents public water.

Missoula bought Mountain Water Co. for $83.6 million, while paying $6.8 million to a group of developers with a claim against the company, according to the Associated Press. Including settling claims for legal fees, the settlement totaled $93 million, Missoula TV station KPAX reports. The utility’s name has already been changed to Missoula Water.

"I'm really a combination of excited and exhausted," Mayor John Engen told KPAX after the hearing ended. "And really ready to get on with the business of running this water company forever, for the benefit of the citizens of Missoula. This is all about us and it’s all about our future.”

The process that Missoula took to purchase Mountain Water involved a bitter condemnation lawsuit that started when the city sued the utility’ private equity owner on eminent domain charges, according to Montana radio station KGVO and the Missoulian. When the city successfully posited that public ownership was “more necessary” than private ownership, it was able to force its purchase of Mountain Water using eminent domain.

The move marks Missoula joining every municipality in Montana in controlling its water distribution center, according to the Missoulian.

“So as of midnight this morning, you all own a water company along with me and 70,000 other souls,” Engen said in an address to Missoula Water employees, many of whom worked at Mountain Water, per the Missoulian. “And this process has never been about me, it's always been about us. It's been about ensuring that we can take care of this system that you've been taking care of for a very long time.”

The Montana Public Service Commission, which had regulated Mountain Water, threw some shade at the city for the transfer and its funding sources, according to the Missoula Independent.

“The city will own the utility in name, but is financing its large purchase entirely through private bond investors. It’s a little ironic that, at the end of the day, Missoula consumers will pay more to private investors under city ownership than it did when the utility was officially owned directly by private investors,” Vice-Chairman Travis Kavulla, R-Great Falls, said in the statement.

The city has already devoted $30 million over six years to get its new water system up to industry standards, according to the Missoulian. However, the endeavor is estimated to take over a decade and cost up to $70 million more.

The city will also keep rates static in the city until 2021, at which point they will rise 2 percent, the Missoulian reports.

“The city of Missoula is in this business for only one reason and that’s to serve customers,” Engen said, per the Missoulian. “Water is it.”