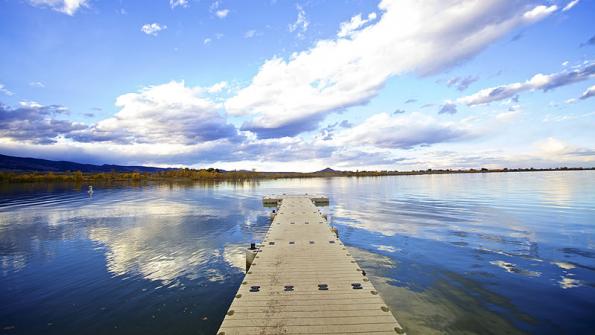 Boulder, Colo.’s Connect Boulder initiative tries to make free Wi-Fi more accessible throughout the city and tries to enhance the service in homes and businesses, the Daily Camera reports. As part of the effort, the city extended free Wi-Fi access to its Boulder Reservoir and Scott Carpenter Park, making it available starting on May 27.

"Our research into how Boulder can best enhance broadband services to homes and businesses is continuing," Boulder Chief Information Officer Don Ingle said in a statement, per the Camera. "In the meantime, we are excited to be able to bring free public Wi-Fi to users to more places where the community spends its time. The start of summer seemed like a perfect opportunity to unroll this service at the Reservoir and Scott Carpenter Park."

“We know that having access to broadband is an important part in today's world. And we wanted to make that easier for people who may not have broadband access in the home,” San Antonio Innovation Manager Catherine Tkachyk told KSAT. “Our libraries have Wi-Fi free already, we also have some free Wi-Fi downtown, and we're expanding that here in our parks."

While both of those cities are rolling out free Wi-Fi, Sacramento, Calif., is working on a deal with telecom giant Verizon to place small cell towers on 101 utility poles throughout the city as part of expanding its fiber-optic network, the Sacramento Bee reports. In return, Verizon will place free Wi-Fi in two determined city parks and 25 yet-to-be-determined parks in the city.

While the deal will cost the city about $2 million over the next 10 years, the city would have had to shell out an estimated $30 million to build such a fiber network itself, the Bee reports.

“[The city must] be willing to take reasonable risks if those risks are consistent with serving the public interest,” Sacramento Mayor Darrell Sternberg told the Bee. “We can’t continue to do things the old way and expect that we’re going to transform.”