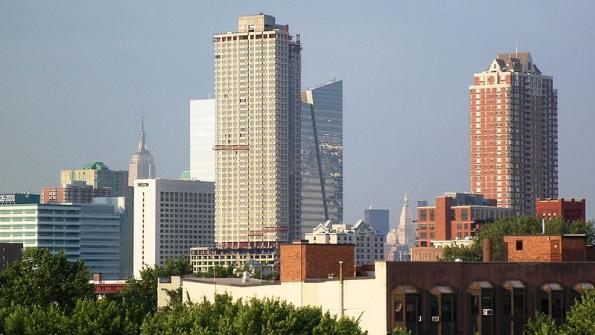 As Jersey City, N.J. officials are expected to pay $45,000 to settle a 2012 federal lawsuit involving police brutality on June 14, a new case alleging police violence erupted in the city on June 7.

Security professional Michael Wheeler had accused Jersey City police of beating him at a party in 2011 where armed people were reported, NJ.com reports. Wheeler suffered a fractured skull and lost consciousness multiple times for six hours while in the hospital. While police said physical contact occurred, they maintained it was not excessive.

Wheeler and his wife initially filed a federal lawsuit in 2012, and on June 9, the Jersey City Council was reported to be expected to approve a $45,000 settlement for the case on June 14, according to NJ.com.

A more recent incident involving police contact with a citizen has prompted further response from the city.

On June 7, Univision obtained and published a video that appears to show Jersey City police officers approaching a man on fire with their guns drawn, then kicking him repeatedly.

Officers had been chasing a vehicle when the driver crashed into a car and a utility pole, setting both cars ablaze, CNN reports. The suspect, identified as Miguel Feliz, was set on fire as a result of the crash. In the video, Feliz can be seen leaving his vehicle, trying to remove clothing and rolling around on the ground, while ablaze.

That’s when police approached him. Feliz ultimately suffered severe burns on 30 percent of his body, but he remained in critical yet stable condition, according to CNN.

The video ignited disputes between a local police union and Jersey City Mayor Stephen Fulop, according to Fox News. The Jersey City Police Officers Benevolent Association maintains officers were trying to extinguish the fire and get the man to safety.

"Taking swift action isn't always elegant, but this video clearly shows that the officers acted quickly to extinguish the flames, and pull this man out of harm's way," Carmine Disbrow, president of the Jersey City Police Officers Benevolent Association, said in a statement, per Fox News.

Fulop, however, called the video’s events “outrageous,” saying that the kicking in the video has “really no credible explanation that makes sense whatsoever,” New York TV station WABC-TV reports.

"I think any reasonable person that looks at that video would say that those did not look like helpful hands," Fulop said, per WABC. "And we're going to take it how we see it and we'll go through the process for termination, it's plain and simple."

While Fulop told CNN affiliate News 12 that the city will “pursue termination and criminal charges where appropriate,” the investigation was turned over to the Hudson County Prosecutor’s Office, according to the Hudson Reporter. The prosecutor has requested restraint from the community in the meantime.

"I am asking the community to withhold any judgment until the Office of the Hudson County Prosecutor concludes its investigation," Hudson County Prosecutor Esther Suarez said in a statement, per CNN. "There will be a swift and fair review of all the evidence being accumulated, but it would be irresponsible to rush to judgment without reviewing all of the facts before us."