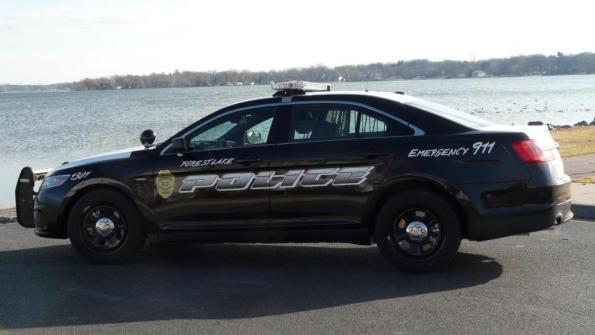 There was major public outcry when the Forest Lake, Minn., city council voted to disband its police department. Three days later, the council reached an agreement to keep it intact.

On Monday, May 8, the Forest Lake City Council voted 3-2 to dissolve its police force because it wanted to contract law enforcement services from nearby Washington County Sheriff’s Office, the Washington Times reports. The move would have increased the city’s officer count from 25 to 27.

The Twin Cities suburb would have been the largest Minnesota city without a dedicated police department, according to local TV station WCCO. While the move would have taken away 23 officers’ jobs, city officials projected they would save about $385,000 per year.

However, when the announcement was made, it triggered widespread community outcry. Hundreds of residents who attended the town hall boo’ed and cursed Forest Lake Mayor Ben Winnick, who cast the council’s tie-breaking vote, the Times reports. Several police officers in attendance were in tears as residents gave them hugs, according to WCCO.

“We’re gonna be fighting this to the very, very end. It’s tearing this community apart,” Forest Lake City Councilor Sam Husnik, who voted against the plan, told WCCO. “We’re not getting the same dollar for dollar [value]. I don’t care what was said in there.”

The next day, about 1,300 students from high schools and junior high schools in the area walked out of class around 1:00 p.m. the next day to support the police department, according to the St. Paul Pioneer Press.

“Word spread really fast,” Clara Olson, a 17-year-old high school junior in the area, told the Pioneer Press. “We shared it on Twitter, and everyone started starting retweeting it, and we all posted it on Snapchat story and sent it to all our friends. I texted my sister Josie at the junior high, and she sent it to all her friends.”

By that Wednesday night, the city council, Forest Lake Police Department and the Washington County Sheriff’s Office reached a tentative agreement in the form of a three-year contract to keep the police department in the city, PoliceOne reports. The contract was presented to the patrol and sergeant’s unions for a vote on Thursday, and members of both unions voted to accept the deal’s terms, Minnesota TV station KARE reports.

The new deal includes provisions for two and three percent pay increases for officers, and lets the department keep its health care benefits for active and retired servicemen and women, KARE reports. All that remains is for the city council to vote to approve the new deal.

“This has been an extremely difficult conversation, but I have been proud of the professionalism my officers have maintained during this discussion,” Forest Lake Police Chief Richard Peterson said in a news release. “If approved, I look forward to collaborating with the City Council to provide high quality law enforcement services that meet the expectations of the Council and community."