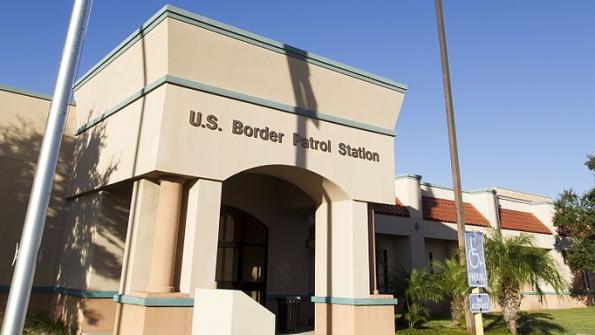 Amid the rise of sanctuary cities, some eschew the term, enforce federal immigration laws

Despite federal officials’ denouncements of sanctuary cities, many have defiantly held their ground on immigration. Others, however, have opted to eschew the title, with some enforcing immigration laws more heavily than before.

Despite federal officials’ denouncements of sanctuary cities, many have defiantly held their ground on immigration. Others, however, have opted to eschew the title, with some enforcing immigration laws more heavily than before.

Nine days after unanimously voting to declare itself a sanctuary city, Lansing, Mich., voted 5-2 to reverse the decision, according to CBS. The policy that Mayor Virg Bernero set out the preceding week decreed that — so far as it doesn’t interfere with U.S. or Michigan law — employees can’t ask about immigration status, and police can’t hold Immigrants for U.S. Immigration and Customs Enforcement (ICE) without a proper warrant present.

The second vote to remove the title came after the Lansing Regional Chamber and Michigan Chamber of Commerce sent a letter to the Lansing City Council urging them to remove references to the term from its resolution, CBS reports.

“It is a darn shame that after appearing to have a backbone and actually taking a stand on something that really matters, folks have decided to just throw it away,” Lansing Councilwoman Kathie Dunbar, who opposed dropping the designation, told CBS.

Schenectady, N.Y. took a more passive approach on April 17, according to the Albany TimesUnion. The city voted to support a resolution from Orlando, Fla. and the U.S. Conference of Mayors that advised the federal government to amend its immigration policy.

However, two proposals for a resolution more tailored to Schenectady’s standing as a sanctuary city did not gain enough ground to pass, according to the TimesUnion and Albany, N.Y. TV station WNYT. The resolution involved designating Schenectady as a sanctuary city and striking a balance between the split governing body and immigrants in the city.

“[To be declared a] Sanctuary [city] is putting something in our hands that's beyond our control,” Schenectady Councilman John Polimeni, a member of the Government Operations Committee that put the resolutions forward, told WNYT. “Immigration is a federal rule of law. We have nothing to do with that.”

Other jurisdictions have taken more hardline approaches to immigration. Despite its status as a sanctuary city, the New York Police Department alerts ICE agents to court appearances of immigrants who face deportation, the New York Daily News reports. Mayor Bill de Blasio said ICE can act independently of the city.

“This county cares about illegal immigration, and it’s my job to make sure that we work with our federal partners to uphold the law,” Lamb told Fox News.