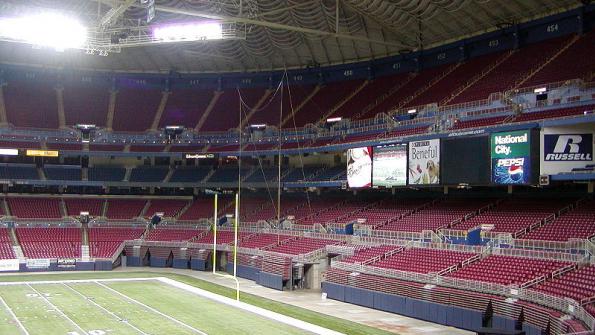 The City and County of St. Louis are both suing the National Football League over last year's relocation of the Rams football franchise to Los Angeles.

The City and County of St. Louis are both suing the National Football League over last year's relocation of the Rams football franchise to Los Angeles.

Both governments joined the St. Louis Regional Convention and Sports Complex Authority (RSA) in the lawsuit, which was filed against the NFL and all 57 of the NFL’s team owners in the St. Louis Circuit Court on April 12, according to the Kansas City Business Journal. City, county and state taxpayer dollars fund the RSA.

The plaintiffs state the following in the lawsuit, per The New York Times:

Additional damages included in the lawsuit were $360 million in county and city bond obligations, losses of over $100 million in net proceeds, $30 million for a new playing surface’s installation and other renovations and over $15 million in lost state revenue, according to Reuters.

The NFL, however, feels the lawsuit is unjustified. "There is no legitimate basis for this litigation. While we understand the disappointment of the St. Louis fans and the community, we worked diligently with local and state officials in a process that was honest and fair at all times,” NFL Spokesman Brian McCarthy said in an email, per the Business Journal. The Rams franchise did not comment on the lawsuit.

The causes for action in the suite are breach of contract, unjust enrichment and fraudulent misrepresentation against all defendants, the Post-Dispatch reports. The suit also accuses the Rams and Rams owner Stan Kroenke of fraudulent misrepresentation, and it accuses all defendants except for the Rams of tortious interference with business expectancy.