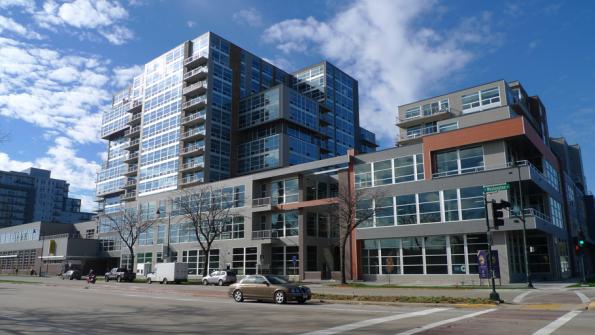 Madison, Wis., Mayor Paul Soglin (photo at right) tells GPN that there is only so much that U.S. cities can do to foster a strong and vibrant economy. “We are very reliant on property taxes paid by families, seniors and small businesses. These are pocketbook issues for our residents – they want basic services – plowing the streets, maintaining our parks and protecting our families, kids, visitors and commerce. We need other partners to help foster economic growth.”

The mayor goes on to say, “Small businesses are the engine of our nation’s economy. Cities and other local governments are the primary support for small business development. But we cannot do it alone. Together, cities and other local governments throughout the U.S. can use 2017 as an opportunity for calling on the incoming Congress and new administration to step up and provide meaningful funding for public infrastructure.” Madison’s web site is here.

The mayor says 2017 is shaping up to be another year of significant investment in the city’s infrastructure. “Madison is one of the top ranked cities in the country. We continue to grow. That growth requires investments to extend services, update and replace aging infrastructure, and ensure upward mobility for all our residents.”

The city-funded 600-space parking garage is projected to cost the city approximately $16 million. Funding for the garage, which is at the intersection of East Main and South Livingston streets would use $7 million in tax increment financing, $3 million from the city’s parking utility reserves, $1 million from a land acquisition fund and $5 million in city general obligation borrowing. This is the first time the city has used general obligation bonds to fund construction of a parking structure.

Beyond Madison, Wis., infrastructure in the U.S. needs an upgrade. That’s the assessment of the American Society of Civil Engineers (ASCE), which recently released its 2017 infrastructure report card. For 2017, the ASCE has given the nation’s overall infrastructure a grade of D+. Go here to view Jason Axelrod’s American City & County gallery that has more details on the ASCE report card.