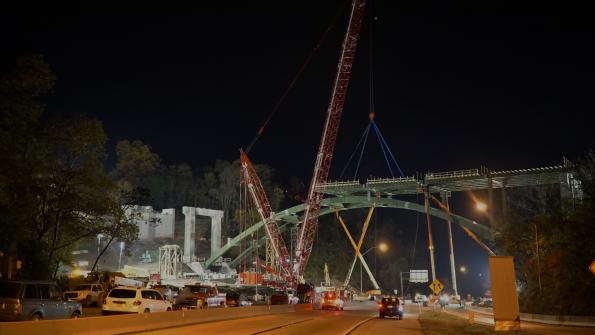 In 2017, Pittsburgh is pouring the bulk of its annual operating funds into core services, says Mayor Bill Peduto. The Steel City’s mayor lists some key budget achievements:
—The amount of street resurfacing will be twice what it was just two years ago,
—The city is hiring the most police officers it has had in more than a decade, and
—Pittsburgh will put more than $10 million towards needed capital improvements for Public Safety, recreation and senior facilities.

Mayor Peduto (photo at right) says Pittsburgh is also poised to leave state fiscal oversight for the first time since 2014. “The city’s budget is in the best place it’s been in years, even as Pittsburgh — like many cities — is facing long-term legacy commitments to its municipal pension system,” the mayor explains. “We continue to make budget contributions in excess of our minimum municipal obligations, and through a lot of hard work, by 2019, we’ll see our long-term debt service drop by almost 60 percent from its current levels.”

The lead public works project in Pittsburgh in 2017 is the replacement of the Greenfield Bridge, Mayor Peduto tells GPN. The bridge is an 85-year-old structure that was so bad that 25 years ago the city had to build another bridge beneath it to catch falling rubble. The bridge was the subject of a “60 Minutes” report on the nation’s infrastructure woes. “Through an $18 million rehabilitation, the span — which goes over one of the city’s main highways —will reopen later this year,” the mayor says.