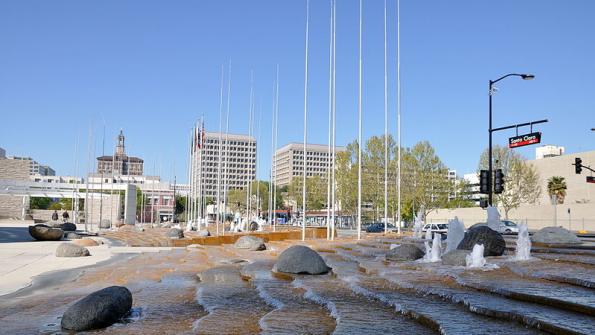 Historic flooding in San Jose, Calif., has city officials scrambling to organize and carry out recovery efforts while struggling to answer questions on public safety and preparedness in the city.

Historic flooding in San Jose, Calif., has city officials scrambling to organize and carry out recovery efforts while struggling to answer questions on public safety and preparedness in the city.

San Jose activated its emergency operations center on Feb. 20 in anticipation of a series of storms, while city crews were readied, updates from the city show. The Santa Clara Valley Water District officials then alerted San Jose around 2:47 a.m. on Tuesday, Feb. 21, that heavy flows Coyote Creek would hit the city between 6:00 a.m. and 7:00 a.m. that day, The San Jose Mercury News reports.

“When we notice something’s going on and say that within three hours the area will be inundated, it doesn’t mean that after three hours you can start preparing,” District Director Tony Estremera told The Mercury News.

Later that day, overflows from the Anderson Reservoir triggered a mandatory order that led to the evacuation of 14,000 people in the city, San Francisco TV station KGO-TV and NBC Bay Area report. By that time, crews on boats had already begun rescuing people, USA Today and Fox News report.

As of Monday, 1,335 homes were marked as yellow-tagged, or at least moderately damaged, NBC Bay Area reports.

However, city officials have fielded complaints that advanced warning was not given about the floods and that infrastructure was not in place to handle the runoff that led to the flood. As residents returned to their homes late last week, they found that many of their homes had been damaged, NBC Bay Area reports.

"There's been a failure,” San Jose Mayor Sam Liccardo told NBC Bay Area. "I've said repeatedly, if it happened in my city, I'm responsible. So let's end the bureucratic fingerpointing. Let's figure out what we need to do to fix this and make sure for the next three months.”

Meanwhile, crews from the city have been power washing streets in the affected Rock Springs neighborhood and have installed a temporary sewer hose line to aid in recovery, Oakland TV station KTVU reports. Officials also pumped water back into the creek channel in a few areas, CNN reports.

Liccardo made clear that all permit and inspection fees related to the flood were being waived, according to NBC Bay Area. A relief fund has also been set up, but Liccardo acknowledged that those funds wouldn’t cover all recovery costs, and that he’d be seeking out state and federal aid to help in the recovery process.

“It’s safe to say we’ve learned some lessons, and we’re going to be knocking on doors to make sure everybody is aware of what’s going on as soon as it’s apparent there is some peril,” Liccardo told The Mercury News.