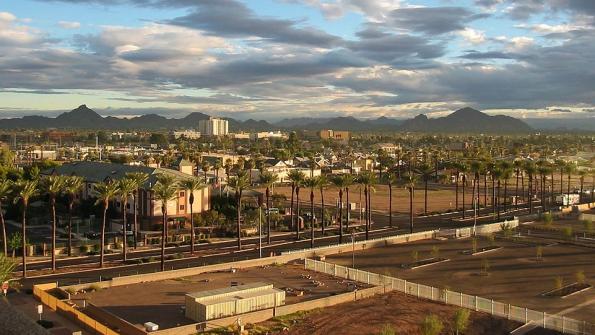 It pays to regularly recycle in Phoenix now — not just in environmentally, but financially

It pays to regularly recycle in Phoenix now — not just in environmentally, but financially.

Phoenix has just announced a new partnership with Recyclebank in order to encourage its residents to recycle, and to learn about the practice’s benefits, according to a Recyclebank news release.

“We are delighted to partner with Recyclebank to help us achieve our goal of maximizing diversion of recyclables from landfills and decreasing our recycling and contamination-related costs,” Director of Phoenix Public Works John Trujillo said in the release. “Not only will our residents receive education and tangible rewards for their diversion efforts, but we will minimize negative environmental impact on future generations.”

The company’s platform exchanges reward points for green-related actions, according to its website. The platform asks for confirmation that the user has either taken a sustainability-related action (like recycling waste) or that the user has engaged in some form of learning about sustainability-related matters. Upon receiving that confirmation, the platform doles out a given amount of reward points that the user can redeem for products, discounts and coupons from national and local retailers.

Per the contract, Recyclebank will need to meet benchmarks like reducing the percentage of recycled materials that Phoenix residents put in trash cans from 13.77 percent to 8.7 percent in the contract’s first year, Phoenix radio station KJZZ reports. Though approved, several city council members disagreed with the plan.

But other officials lauded the plan. “It avoids landfilling fees that we have to pay, and it creates revenue to the city by being sold on the recycling market,” City Manager Ed Zuercher advocated in a city council meeting. “So I just want to clarify it’s not about feeling good, it’s actually a solid business decision.”

“As the sixth largest city in the nation, Phoenix is showing it is an environmental leader and, with its exemplary sustainability practices, has proven to be a role model for other cities nationwide,” Recyclebank CEO Javier Flaim said in the release. “We are excited to build on the great work they have already done toward their sustainability goals.”